Why Amnesty’s Report on Israel Is So Dangerous
(JNS)—Amnesty International’s outrageous report calling Israel an “apartheid state” has brought nearly all of the Jewish world together to condemn the organization. All agree the claims are bogus and that Amnesty should not criticize specific policies or push for Israel to withdraw from the 1967 borders.

The report wants to brand Israel as illegitimate. In calling for the outcome of the 1948 War of Independence to be reversed by instituting a “right of return” for descendants of Arab refugees, Amnesty’s objective is to eliminate the one Jewish state on the planet. As such, there is no way to regard its efforts as anything but antisemitic.

There is also no way to ignore the fact that this obsession, masquerading as advocacy for “human rights,” is Jew-hatred—not an intellectual argument about Zionism or an effort to promote the interests of the Palestinian Arabs, let alone peace.

While it’s good that liberals, centrists, and conservatives all reject the apartheid lie, it’s not clear that Jerusalem, Washington, or most Jewish groups fully understand its dangers.

The Amnesty report doesn’t come out of nowhere. It was timed specifically to support the UN Human Rights Council’s (UNHRC’s) open-ended inquiry into all alleged violations of international law in Israel, Jerusalem, the West Bank, and Gaza. This has created what is in effect a new, permanent UN agency inside the UNHRC whose sole purpose will be to demonize Israel. The report builds on the despicable antisemitism displayed at the UN Durban Conference in 2001 when the racism charge first gained steam.

The stage is being set to revive the old Soviet “Zionism is racism” lie. More than that, by employing the imprimatur of the world body to bolster the Boycott, Divestment, Sanctions movement to isolate Israel, the report can breathe new life into an antisemitic campaign that hasn’t gotten as much traction on a global scale.

It is vital to point out that, contrary to the claims of Israel’s critics, none of these actions stem from any legitimate criticism of policies or even the Jewish presence in the territories. Rather, they form an open assertion that a Jewish state is illegitimate, no matter what its policies are or where its borders are drawn.

Still, most of the Jewish world does not seem overly alarmed, much as it failed to understand the significance of what happened in Durban and three more similarly named conferences that followed. Observers have grown used to anti-Israel lies and incitement from groups like Amnesty and Human Rights Watch, as well as from leftist Israeli groups like B’Tselem. As a result, most Israelis and supporters of Israel have grown numb to these assaults and lack the enthusiasm to respond.

Many Jews and friends of the Jewish state today think that, in a world where Israel’s president is warmly greeted in an Arab capital, worrying about what leftist ideologues and UN bureaucrats say about Zionism is a waste of time. Though Israel is strong, prosperous, and here to stay, the Amnesty report and UN inquiry can hurt Israel by using the blunt instrument of international law against it, even if the claims are utterly false.

Pro-Israel groups must make opposition to the UN inquiry and associated efforts a top priority. That’s also true for liberal groups like the Jewish Council for Public Affairs and the Anti-Defamation League, which have denounced Amnesty but are far more interested in aiding the Biden administration’s domestic agenda.

The latest apartheid smear is a shot fired over their bows that must be answered. They must mount a full-scale offensive aimed at making clear to the UN that if the inquiry goes forward, it may jeopardize further American financial support, as well as raise the possibility of a complete withdrawal from the world body.

Amnesty apartheid propaganda is not just a terrible libel of Israel. It’s the beginning of a struggle at the UN that can undermine the Jewish state’s ability to function on the world stage. Those who underestimate its potential danger are unable to see the forest for the trees. 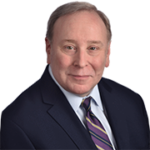 by Jonathan S. Tobin
Jonathan is editor-in-chief of JNS—Jewish News Syndicate. Follow him on Twitter at @jonathans_tobin.

Antisemitism Surges Everywhere, Jews Blamed For Pandemic
From campuses to communities, antisemitism is surging. Here is a small sample of incidents reported by a variety of news sites:

→ Hundreds of antisemitic flyers were distributed throughout Colleyville, Texas, where the mayor said distribution “appears to be a coordinated effort in cities across the country.”

→ Hundreds of flyers with pictures of Adolf Hitler were dumped in Houston, Texas; San Francisco and Beverly Hills, California; Miami Beach and Surfside, Florida; Maryland; Colorado; and Wisconsin. Many blame COVID-19 on the Jewish people. Flyers also showed up at the University of Illinois Urbana-Champaign.

→ Jewish officials in Salem, Massachusetts, have been targeted with antisemitic messages, threats online, and voicemails.

→ Someone tossed fireworks from a car into a group of Hasidic men in Williamsburg, Brooklyn, New York. The explosion occurred one day after New York Mayor Eric Adams convened a meeting of Jewish leaders to express concern about the 300 percent rise in antisemitic incidents.

→ A Greek life website at Indiana University carried a tirade accusing men in Jewish fraternities of being “east coast Jews” with an appetite for “money, greed, and sexually assaulting women.”

→ The University of Vermont reported more antisemitic incidents (58) than any other North American college in 2021. Following Vermont were Tufts University and George Washington University with 34 and 25, respectively.

→ A pro-Palestinian group has forced more than a dozen universities in the Netherlands to publicize their connections to Jewish and Israeli organizations and universities.

→ In Switzerland, more than 50 “real world” antisemitic incidents occurred in 2021 and more than 800 online. The report, published by the Swiss Federation of Jewish Communities, said, “The corona pandemic acted as a trigger for almost the entire reporting year. As in the previous year, antisemitic conspiracy theories related to the corona pandemic were particularly widespread.”

Intel To Buy Israeli Firm for $5.4 Billion
Intel Corporation will buy Tower Semiconductor, based in northern Israel, for $5.4 billion, reported ISRAEL21c. “Intel is the most active foreign corporate investor in Israel and employs thousands at five Intel facilities in Israel,” the site reported. Tower, which also has a factory in Texas, “is a leading foundry for analog semiconductors in high-growth markets such as mobile, automotive, and power.”

Israeli Gas to Go to Egypt
Israel will begin exporting natural gas to Egypt via Jordan, reported JNS.org. According to a report in Globes, the fuel will first travel through a pipeline to Jordan, passing near Beit She’an, and then on to Aqaba and Egypt. Currently, Israel exports 3 billion cubic meters of natural gas annually to Jordan and separately 5 billion to Egypt through a pipeline from Ashkelon to Sinai. Israeli gas should start flowing through the new route to Jordan and then on to Egypt later.

Conversion Reform Coming to Israel?
The Israeli government’s Ministerial Committee on Legislation has approved a controversial proposed law to give municipal rabbis authority to perform conversions to Judaism, Israeli news site Walla reported. The law, which would end the Rabbinate’s monopoly on conversions, has been the object of intense controversy and opposition from many religious figures and the Haredi community, which dominates the Rabbinate, Walla reported. The proposed law would accept conversions by non-Orthodox branches of Judaism for purposes of exercising Aliyah rights under the Law of Return, in particular Conservative and Reform conversions, which currently are not recognized.

Drones Slip Past Iron Dome
Two drones slipped into Israeli air space from Lebanon within a 24-hour period and returned home without being hit by Israel’s Iron Dome. “The IDF [Israel Defense Forces] activated the Iron Dome defense system to intercept the [second] drone, but the attempt was unsuccessful,” reported allisraelnews.com. Hezbollah claimed it sent the vehicle, which was under Israeli Air Force surveillance the entire time. Another drone infiltrated the previous day. Hezbollah leader Hassan Nasrallah boasted in a televised speech that his organization has been manufacturing drones and precision-guided missiles for years. “Whoever wants to buy them, submit an order,” he said.

Last summer my husband, Tom, and I went to Las Vegas, Nevada, for the funeral of a dear friend. To say Las Vegas is hot in July is an understatement...

Last summer I spoke at a family Bible conference. As I began preparing the messages for the ministry there, I decided to try something unusual...

Israel: Trip of a Lifetime

Pick up a tour brochure touting journeys to places far or near and you’ll likely see the claim, “The trip of a lifetime!” A promise...

3 Reasons Why I Support Israel

When I was a freshman in college, I learned a valuable lesson. My professor, Dr. Herb Hirt, told us never to read the...

From the River to the Sea

Throughout history, hatred of the Jewish people has surged and subsided but never disappeared. In the late 1800s..

5 Facts You Should Know About Israel

Have you ever wondered why the Jewish people have been scattered throughout the world more than any other people?..