We often say that no ill is without its good, but until the good news comes we must usually go through many troubles. Even the worst people have some good in them, and I would like to tell you about one such person.

Early last year, as I came to work day by day, many of my co-workers seemed interested in knowing about the Lord. They all knew about me, and so they felt that I could tell them about Him. Of course, I was happy to speak about the Lord to these people, who had always thought of the Lord as someone who died and no longer existed. But even though they felt this way, there was still something about Him that would not let them rest. They wanted to know who He was and why, such a long time after His death, He was still remembered. They felt there must be some secret involved and they wanted to know what it was.

Why, then, should  I not tell them about the love and the rest we can have in Him? I told them, “There is nothing secret about the Lord. You can see what is written about Him in black and white in the Bible. But, I am at your service, you can ask me whatever you like.” I found that the question and answer method was a good system. I am not a Bible teacher, but through His Holy Spirit, my walk with Him and His great love for me, everything is possible. The right answers always seemed to come at the right times, and because He was with us in our discussions, everything was good.

Then one day a new worker came to us — a man full of hatred, blindness and jealousy. It seemed that all of the evil present in the world could be found in this man. The first time he heard my friends ask me something about the Lord, he was shocked and asked, “How can it be that you are friendly with this man, a believer? Nol No! This is impossible!” From that time on, it was as if the devil had begun his act against me through this man. He unleashed a great storm against me. Even though he didn’t know me, he did know that I was a believer and that was enough for him — he did not need to know anything else. There was no milk and honey in his tongue, but instead he had a tongue of fire because the devil was using him to create much hatred among the workers, and all of it directed against me. However, I was not afraid and I prayed to my Savior that all of these men might truly come to know Him, have their sins forgiven and be saved.

This evil continued for a long time and there was no good news to be had, but the Lord knew all about it and the situation was in His hands. Finally, after all the hatred this man had stirred up against me, I was told that I must leave my job and that I had five days to find new work. But, what happened in the meantime? That night he was taken to the hospital and had to have an emergency operation. The next day his wife came to work and asked if any of his “work friends” would give blood for him, as he needed two pints of blood after the surgery. When she asked this, it seemed as if all of the men became deaf, and so I said, “I will go with you and give him a pint of blood, but he must know that it came from a believer — a Jewish believer whose Savior is the Lord Jesus Christ.”

Afl of the other men were very surprised and exclaimed, “What? After all that he has done to you and now you are going to give him your blood? No! Now is the time for revenge!” I told them, “Now you can see the difference between me, as a believer, and you who say you believe in God but call for revenge. At a time like this he must be saved, both bodily and, what’s more important, spiritually.” They all became very quiet after that, and I went with the man’s wife to the hospital and gave a pint of blood. Then, after the five days, I left my job because of him.

Recently, after about a year had passed, one evening I received a knock at my door. Upon opening the door I had a great surprise, for who was standing there but this man, who had spoken with fire against me, along with his wife and their two small children and, even more important than that, he apologized to me saying, “I have had no rest all year, since the time that you left work because of my blindness. I asked many people where you lived, but they were all your friends and would not give me your address because they were ashamed of what I had done against you and how they had hated you because of me. I cannot excuse myself, and I was even prepared to be cast away from your home tonight and, of course, you would have been right in doing so.”

I replied, “No, I would not do that. The Lord has taught us to love our enemies.” I then opened the New Testament, which had always been so hated by this man, and read to him and his family Matthew 5:44, “. . . Love your enemies, bless them that curse you, do good to them that hate you, and pray for them who despitefully use you… .” I then read Romans 12; 17 and 19, “Recompense to no man evil for evil … for it is written, Vengeance is mine; I will repay, saith the Lord.” Finally, I read a most important verse, Romans 12:20, “. . . if thine enemy hunger, feed him; if he thirst, give him drink . … ”

After this, with tears on his face, this man asked himself, “Can this be true, after I was so bad to him?” His wife said, “Yes, you were bad, you were more like a monster than a man, to have done the things you did.” I then told them, “We can forget all of that because of the Lord. He is the One who died for us, and through Him we can receive the forgiveness of our sins, as it is written in John 3:16, ‘For God so loved the world, that he gave his only begotten Son, that whosoever believeth in him should not perish, but have everlasting life.’ Then you and all your family can be happy in His salvation.”

After I said this, I couldn’t believe my eyes. What I saw was a man who before had been without any conscience, faith or humanity, but now, because of what the Lord had done in him, he was as soft as margarine in the summer. He asked, “What can I do for you?” “Nothing,” I replied. “What you must do is for yourself and your family. Pray to the Lord, our Savior. He can give you that which no one else can give. You must remember that when you were in the hospital, what I did for you was through His love.” He again wept and was very sorry. 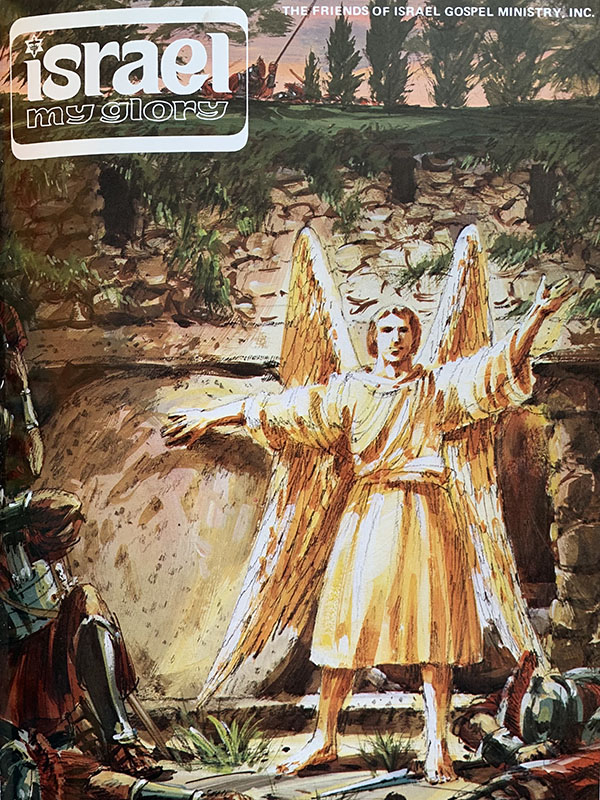