Light From The Tunnel

The infamous tunnel incident in Jerusalem, which saw more than 70 people killed and scores of others wounded, shook the Middle East peace process to its very foundations. Predictably, the Western media lurched into action, portraying Israel as a belligerent aggressor heedlessly mutilating Palestinian rights. United Nations and world leaders joined the pack and railed on Jerusalem for grossly offending peace-loving people the world over.

The charge was that by opening the tunnel into the Via Dolorosa in the Old City, the Jews had undermined the foundations of the al-Aqsa mosque on the Temple Mount and possibly even the more conspicuous Dome of the Rock.

ABC News anchor, Peter Jennings, reported, “Muslims say the tunnel cuts under their compound and call it a crime against Islam.” The Washington Post fumed, “It should come as no surprise that violent passions were aroused by Israel’s tampering with the ground beneath the Dome of the Rock and al-Aqsa mosque.” These “violent passions” raised by the Jewish “crime against Islam” erupted into spontaneous demonstrations that degenerated into bloodshed—or so said the media.

Thus, by opening a door to the tunnel, Israel had brought to light one more illustration of her lust to trample the rights of innocent and defenseless Palestinians. Such was not the case. In fact, the light coming from that tunnel opening in Jerusalem turned a beacon of light on the moral and intellectual corruption of an influential media core that is more dedicated to propaganda than factual reporting. To dare make an assertion of this kind is an easy call because the facts, in this case, were never hard to find.

No Threat to the Mosque

The excavation (the tunnel) is actually a narrow passage running along the base of the Western Wall outside the Temple Mount compound. Everyone casually acquainted with the area, even Western journalists, has known this for years. That tunnel poses no threat to anything on the Temple platform. The door itself was opened on the Via Dolorosa, about as far from the al-Aqsa as one can get within the confines of the Old City.

People may be surprised to learn that some Arab shopkeepers near the door were delighted to see it opened. A Palestinian merchant said, “For us it’s good. It’s nothing against the mosques. It’s for the tourists. And now, more tourists will come.”

It Was Not a Spontaneous Uprising

The outburst, touted as a mini-intifada by some, was an orchestrated event. It began with Muslim militants dropping rocks and stones on worshipers at the Western (Wailing) Wall. Anyone who goes to the Temple Mount and looks at the site will immediately recognize that no group of people could pile stones, gather en-masse, and attack those below without the knowledge of the Arab authorities responsible for maintaining peace at the Islamic holy shrines. It simply could not be done.

The firebomb-throwing attackers who killed six Israelis at the small religious enclave at Nablus, burning their prayer books in the process, were not just a few excited “children of the stones.” These people, as was true of others elsewhere on the West Bank and in Gaza, were on a mission.

Refusing to Balance the Facts

For about a year, Muslims have been building a new mosque on the Temple Mount at a location known as Solomon’s Stables. Although there had been conversations between the Rabin-Peres government and the Moslem Wakf about Muslims using the area as a place of prayer during Ramadan, nothing was agreed upon beyond allowing worshipers to pray there on rainy days.

Is it too much to ask that the press be listening?

When Arab workers began building a full-blown mosque, which did in fact place ancient Jewish artifacts under the Temple Mount in jeopardy, a court order was issued to stop this illegal construction. Muslim officials ignored the order and continued to build the spacious permanent house of worship. The new mosque, incidentally, was built in close proximity to the al-Aqsa.

Not a word of protest was raised in the media about Muslims desecrating a Jewish holy site. One would wonder if the current crop of journalists reporting from the Middle East is even aware that artifacts under the flagstones on the Temple Mount, on which the Muslim mosques now stand, are those of Israel’s ancient Temples.

For their part, although expressing concern, Jews did not take up arms or begin attacking Muslims.

As the facts began to surface, transgressors in the media, stung at having their journalistic integrity impugned, fell back on a threadbare theme—the frustration factor. In liberal media minds, it was all precipitated by the frustration of Palestinians over the new Israeli administration’s refusal to reward intransigence with more territory. Two drumbeats were heard: (1) The extended closure of the West Bank and Gaza. (2) Netanyahu’s refusal to leave Hebron without guaranteed security for Jewish residents there.

The closure of the West Bank and Gaza was the direct result of terrorist attacks that took scores of Jewish lives. Palestinian leaders were charged with the responsibility to rein in the primary offenders, Hamas and Islamic Jihad. Yasser Arafat received his well-armed “police force” to assure that this be done. It was not accomplished in a way that could assure Israelis that the man standing beside them on the next bus they rode was not a visitor from Gaza with murder and mayhem on his mind. Yes, it is unfortunate when Arab families who sorely need their incomes are unable to get to their jobs. But the solution, under both Israeli administrations, was very simple: Take the responsibility to make your people stop killing our people.

Under the Oslo Accords, Arafat was permitted a “strong,” 20,000-man police force. He placed 30,000 in service. It is now estimated that this paramilitary force is perhaps twice as large as reported officially. For Prime Minister Netanyahu, this poses an extremely serious problem. Arafat’s “police force” has already turned its guns on members of the Israel Defense Force. What will happen in the future if something more serious than a small door in a wall provokes them to begin shooting?

Hebron, with its most ancient roots in Judaism, is home to approximately 85,000 Arabs. Inside the city reside 600 to 700 devoted Jewish people who firmly believe in their right to live in the place once revered by Abraham and King David. Their security must be guaranteed. The Prime Minister cannot do any guessing on this question. In Hebron, He will be allowed only one mistake.

In 1929, the Jewish citizens of Hebron were violently assaulted by Arab elements intent on eliminating the Jewish community. By the time the attacks ended, there were 67 Jewish men, women, and children dead, 60 wounded, and the community was destroyed. Benjamin Netanyahu knows very well that this can happen again. And although he is offering nothing that will be a departure from what has already been agreed to, he feels he must have a strategic deployment that will assure all Israelis, in and out of Hebron, that they will not carry the weight of another slaughter of Jews into the next millennium.

Is It Too Much to Ask?

When Benjamin Netanyahu, Israel’s duly elected Prime Minister, addressed a news conference in the United States recently, he pleaded with reporters to take pains to get the facts before leaping toward their deadlines. He was not the belligerent “hard-liner” I’m sure many of them would have preferred him to appear. He was, instead, a man of firmness and reason with the facts on his side. What they had flirted with, he informed them, was igniting a holy war—one that we would all pay for dearly. More than any of us knew, we could have been standing very close to the fire.

I applauded the Prime Minister for his candor and sensitivity. Perhaps it’s too much to expect that some liberal journalists will take a new look at this man with heavy burdens to bear and decide to give him a fair shake. But I think listening to him that day caused hosts of Americans to thank Israel’s leader for saying something that we’ve all hoped for years someone would have the courage to say. Is it too much to ask that the press be listening? 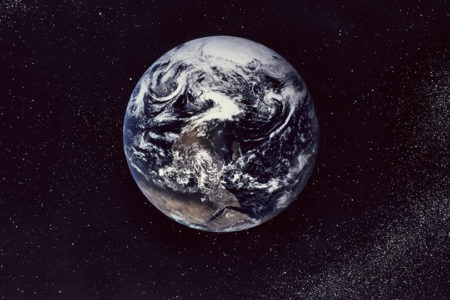