Why you must believe in Jesus
How can people hate someone who died for them? After all, the whole world celebrates heroes, people who selflessly “pay the ultimate price” for a noble cause. Countries dedicate entire days to honoring their fallen. So, what makes Jesus of Nazareth an exception?

Christians often ask me why so much tension exists between Christianity and other faiths, particularly Judaism, which rejects the Jew whose very name in Hebrew, Yeshua, means “salvation.”

Sadly, history overflows with accounts of Christians (some true believers, others not) who have persecuted or murdered Jewish people in the name of Christ—even though those actions defy Jesus’ teaching. Not only did Jesus never advocate violence, but He commanded the opposite: “Love your enemies, bless those who curse you, do good to those who hate you, and pray for those who spitefully use you and persecute you” (Mt. 5:44).

Unfortunately, many who profess to follow the Savior ignore His commands. It’s no wonder Jewish people, along with many Gentiles, ask, “Who is this Jesus, and why must anyone believe in Him?”
One reason we must believe comes from the book of Acts: “There is no other name under heaven given among men by which we must be saved” (4:12). The other reason comes from Moses.

I will raise up for them [Israel] a Prophet like you from among their brethren, and will put My words in His mouth, and He shall speak to them all that I command Him. And it shall be that whoever will not hear My words, which He speaks in My name, I will require it of him (Dt. 18:18–19).

In other words, God will hold accountable anyone who does not listen to the Israelite Prophet who is like Moses.

While there are many parallels between Moses and Jesus, the people of Jesus’ day easily would have recognized at least two: (1) the many physical miracles both performed that verified they were sent by God and (2) their unique relationship with the Almighty. In Moses’ case, “The LORD spoke to Moses face to face, as a man speaks to his friend” (Ex. 33:11). In Jesus’ case, “He taught them as one having authority, and not as the scribes” (Mt. 7:29), declaring, “I and My Father are one” (Jn. 10:30).

Today, it’s easy to see many more parallels. Both:

Through Moses, God told the Israelites 3,400 years ago what would happen to them and their land if they forsook Him:

The LORD will scatter you among all peoples, from one end of the earth to the other . . . and among those nations you shall find no rest . . . but there the LORD will give you a trembling heart, failing eyes, and anguish of soul. Your life shall hang in doubt before you; you shall fear day and night, and have no assurance of life. In the morning you shall say, “Oh, that it were evening!” And at evening you shall say, “Oh, that it were morning!” because of the fear which terrifies your heart, and because of the sight which your eyes see (Dt. 28:64–67).

In 1st-century Israel, many thought the Diaspora was ending. They had high expectations the Messiah was coming as a military deliverer to conquer Rome. The return from captivity in Babylon, the rebuilding of the Temple, and the restoration of Jerusalem were seen as signs that Moses’ prediction was being completed. Even the ancient Roman historian Tacitus confirmed that Israel believed its global kingdom was coming soon.2

Israel’s leaders also had a newfound concern for keeping the Mosaic Law, bolstering the belief in the Messiah’s arrival to end the dispersion by regathering the Jewish people. For Jesus to come along and contradict them with the following unpopular prophecy was unthinkable:

There will be great distress in the land and wrath upon this people. And they will fall by the edge of the sword, and be led away captive into all nations. And Jerusalem will be trampled by Gentiles until the times of the Gentiles are fulfilled (Lk. 21:23–24).

All who taught the Diaspora was ending were false prophets. God declared in His Law that Israel’s loss of its land would always be a punishment for Israel’s disobedience (Lev. 26:27–33).

God also held Israel’s leaders accountable because they were false shepherds (Ezek. 34:1–6). In the days of the prophets, God condemned them for causing the people to sin. Later, Jesus excoriated the Pharisees (Hebrew, P’rushim) for doing exactly the same thing. Had Israel’s ancient sages taught truth, Jewish history would be far different today.

What Did Jesus Say?
God said of the Prophet like Moses, “Whoever will not hear My words, which He speaks in My name, I will require it of him” (Dt. 18:19). So, what were some of Jesus’ words for which God will hold everyone accountable?

Clearly, Jesus claimed to be both God and the Messiah of Israel prophesied in the Hebrew Scriptures. He said Isaiah spoke of His death when the prophet wrote, “He was cut off from the land of the living; for the transgressions of My people He was stricken” (Isa. 53:8) and of His resurrection when he wrote, “He shall see the labor of His soul, and be satisfied.
. . . My righteous Servant shall justify many, for He shall bear their iniquities” (v. 11).

How can people hate someone who died for them? Probably because sin blinds people to the truth. But God still holds us accountable for heeding the Prophet like Moses. It’s not surprising Jesus told the Jewish leaders, “If you believed Moses, you would believe Me; for he wrote about Me. But if you do not believe his writings, how will you believe My words?” (Jn. 5:46–47).

As Jesus said in John 3:18, “He who believes in [Me] is not condemned; but he who does not believe is condemned already, because he has not believed in the name of the only begotten Son of God.”

There is no other name under heaven that can save us. As followers of Jesus, we plead with everyone everywhere: Repent and believe. 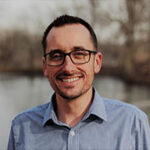 Cameron Joyner is assistant director of Program Ministries and a Bible teacher for The Friends of Israel.

Christmas is around the corner. ’Tis the season for almost every made-for-television movie to overload us with house-decorating, tree-lighting, cookie-baking, and...

The Fallacy of Fictionalism

Scott Hershovitz is a philosophy professor and director of law and ethics at the University of Michigan...

Christians around the world eagerly await the Christmas season, and my wife and I are no exception. One of our favorite activities this time of year is to take a...

5 Reasons Why Jesus Will Rapture His Church

How exciting was it when you knew your dad was on his way home when you were...

“I want your room cleaned up before I get home!” Sound familiar? Parents often leave directives like these for their children before leaving the house...