Yes, Jesus came to Earth to die for our sins. But He also had another reason for coming that is often overlooked.
Christians around the world eagerly await the Christmas season, and my wife and I are no exception. One of our favorite activities this time of year is to take a Twinkle Tour of all the wonderful light displays in our city. Last year my wife placed notes in mailboxes to thank people who took the time to put up Nativity scenes, as they are a beautiful testimony of the reason for Christmas.

Christmastime is also when pastors prepare messages about Jesus’ birth and how He came to Earth to redeem us by becoming the final, once-for-all sacrifice for sin. While most of these messages are excellent, few tell the rest of the story.

Yes, the Messiah came to redeem mankind; but He also came to offer Israel the long-awaited Messianic Kingdom.

Jesus’ Pedigree
Jesus is the rightful heir to the Davidic throne (2 Sam. 7:13; Lk. 1:32) and the one who fulfills the prophecy Isaiah gave 700 years before Christ’s birth:

For unto us a Child is born, unto us a Son is given; and the government will be upon His shoulder. And His name will be called Wonderful, Counselor, Mighty God, Everlasting Father, Prince of Peace. Of the increase of His government and peace there will be no end, upon the throne of David and over His kingdom, to order it and establish it with judgment and justice from that time forward, even forever. The zeal of the LORD of hosts will perform this (Isa. 9:6–7).

Consequently, Jesus is the only one qualified to usher in the Kingdom. The Gospels of Matthew and Luke trace His lineage—albeit differently—showing His legitimate, iron-clad claim to David’s throne. Matthew records Jesus’ genealogy through His earthly father, Joseph (1:1–16), establishing His legal, royal right; while Luke traces it through His mother, Mary, confirming His kingly bloodline (Lk. 3:23–28).

The Offer
When Jesus sent out His 12 disciples, He told them specifically to whom they should preach:

These twelve Jesus sent out and commanded them, saying: “Do not go into the way of the Gentiles, and do not enter a city of the Samaritans. But go rather to the lost sheep of the house of Israel. And as you go, preach, saying, ‘The kingdom of heaven is at hand’” (Mt. 10:5–7).

He offered the Kingdom to Israel, saying, “The time is fulfilled, and the kingdom of God is at hand. Repent, and believe in the gospel” (Mk. 1:15). This was not a message of the cross but, rather, of the Messianic Kingdom, which is why Jesus told His disciples to go to Israel only, as “salvation is of the Jews” (Jn. 4:22).

Even though God knew Israel would reject His Kingdom, it did not make Jesus’ offer of it any less genuine.

Sadly, Israel refused the gospel of the Kingdom. Later, the apostle Paul taught that because of Israel’s fall, “salvation has come to the Gentiles” (Rom. 11:11).

Even though God knew Israel would reject His Kingdom, it did not make Jesus’ offer of it any less genuine.

The Postponement
After Israel rejected the gospel (Mt. 12), Jesus’ message changed (chap. 13). In eight parables, He began to describe what the intervening church period would be like and spoke of hidden treasure and a pearl of great price:

Again, the kingdom of heaven is like treasure hidden in a field, which a man found and hid; and for joy over it he goes and sells all that he has and buys that field. Again, the kingdom of heaven is like a merchant seeking beautiful pearls, who, when he had found one pearl of great price, went and sold all that he had and bought it (vv. 44–46, emphasis added).

Israel and the Jewish people are God’s “special treasure” (Dt. 14:2; Ps. 135:4), for whom Jesus came at His First Coming, only to have to leave them in the field (the world) because they rejected Him. The pearl of great price represents the church. In both cases, He sells everything (His life) to purchase them.

The Messiah sacrificially gave all He had, His very life (Isa. 53; Dan. 9:26), to become the final atonement for sin—both for Jewish people and Gentiles. God created this plan from the foundation of the world (Rev. 13:8), and Jesus explained it in the Gospel of John:

To be lifted up meant to die. Jesus referred to the bronze serpent in Numbers 21 to explain how He would intercede for us. When the Israelites wandered in the desert, they “spoke against God and against Moses” (v. 5). So God sent fiery serpents that bit and killed them. When the people repented, God told Moses, “Make a fiery serpent, and set it on a pole; and it shall be that everyone who is bitten, when he looks at it, shall live” (v. 8).

Just as looking at the bronze serpent brought physical life, looking to Jesus in faith brings eternal life. This was Jesus’ mission in coming to Earth: “For the Son of Man has come to seek and to save that which was lost” (Lk 19:10). He also said,

For God did not send His Son into the world to condemn the world, but that the world through Him might be saved. He who believes in Him is not condemned; but he who does not believe is condemned already, because he has not believed in the name of the only begotten Son of God (Jn. 3:17–18).

Paid in Full
Jesus indeed paid it all when He declared from the cross, “It is finished!” (19:30). He knew every sin each one of us would ever commit—past, present, and future—and freely took the punishment for all of them because He loves us: “Greater love,” He said, “has no one than this, than to lay down one’s life for his friends” (15:13).

The rest of the story is that Jesus will return and establish the Messianic Kingdom He promised to Israel.

Three days later, Jesus arose from the dead (1 Cor. 15:3–4), proving who He was and what He came to do: “I lay down My life that I may take it again. No one takes it from Me, but I lay it down of Myself. I have power to lay it down, and I have power to take it again” (Jn. 10:17–18). Centuries earlier, the prophet Isaiah spoke of the Messiah’s resurrection and substitutionary atonement: “He shall see the labor of His soul, and be satisfied. By His knowledge My righteous Servant shall justify many, for He shall bear their iniquities” (Isa. 53:11).

The rest of the story is that Jesus will return and establish the Messianic Kingdom He promised to Israel. Because the Jewish people “did not know the time of [their] visitation” (Lk. 19:44), the Kingdom is postponed. But “if their fall is riches for the world, and their failure riches for the Gentiles, how much more their fullness!” the apostle Paul said (Rom. 11:12).

When Jesus returns, we will see a dramatic shift from Gentile to Jewish preeminence (Isa. 49:22–23; Zech. 14:16). God will restore Earth to Edenic conditions, and Messiah Jesus will reign on the throne of His father David (Isa. 2:2—4:6).

As you celebrate the Christmas season with your family and friends this year, remember to share the whole story of why Jesus came and why He will definitely come again. Maranatha! 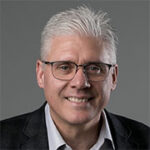 Robert Gottselig is a Bible teacher and the director of The Friends of Israel Gospel Ministry—Canada.

1 thought on “The Rest of the Story”

Christmas is around the corner. ’Tis the season for almost every made-for-television movie to overload us with house-decorating, tree-lighting, cookie-baking, and...

The Fallacy of Fictionalism

Scott Hershovitz is a philosophy professor and director of law and ethics at the University of Michigan...

Christians around the world eagerly await the Christmas season, and my wife and I are no exception. One of our favorite activities this time of year is to take a...

5 Reasons Why Jesus Will Rapture His Church

How exciting was it when you knew your dad was on his way home when you were...

“I want your room cleaned up before I get home!” Sound familiar? Parents often leave directives like these for their children before leaving the house...