Yuppies have finally had it! Bad marriages, barren lifestyles, and children adrift in a culture devoid of coherent values have caused many from the affluence-is-everything generation to go looking for a better way. Consequently, thousands of baby-boomers are pouring through the doors of America’s churches, hoping to find an answer for emptiness in religion.

Their arrival was not unexpected. During the late 80s, trend analysts, such as the Barna Research Group, were saying, “Adults of the baby-boom cohort have apparently ‘burned out’ on contemporary culture …” and would soon be turning to religion. In an editorial written for Moody Monthly in 1988, I reported that if the phenomenon did develop, “denominational affiliation will not be the big issue for these families who will drop in with shopping lists in their hands. Their question will be: ‘Which church can most efficiently meet our needs, as we conceive them?’”

Our fear was that churches would scramble to respond to their hunger by creating salad bar sanctuaries, catering to tastes conceived by the newcomers, not by those charged to feed them the truth. Unfortunately, the fear was well founded, for many churches are doing just that. In an extensive article entitled “A Time to Seek,” Newsweek (December 17, 1990) examined the current climate “where brand loyalty is a doctrine of the past and the customer is king.” Among the more telling quotes are:

Churches that are stocking their spiritual salad bars with “divine dude ranches,” bowling lanes, aerobics rooms, and self-help centers in the hope of quelling spiritual hunger by giving people what they themselves demand are making a tragic mistake. Ultimately, they will send them away with a deeper hunger than when they came. But not simply hunger—theirs will be hunger with despair, because the games they found in church will be, in the final analysis, as empty as those they wished to leave behind.

For Gentiles who will admit “We’re a Biblically illiterate community,” more biblical illiteracy is not the answer.

For Jews who have lost 70 percent of their generation from Judaism, signing on with the New Agers or face-saving bar or bat mitzvahs for the kids will not fill their spiritual void.

But there is resoundingly good news in all of this. Spiritual hunger is a reality—an awareness that something is badly amiss. And while we must face the fact that many will reject a gospel that refuses to cater exclusively to self-conceived “needs,” a remnant will respond to the message of true spiritual life in Christ—life that will deliver the hunger-quenching abundance promised to redeemed sinners.

True “gospel churches” must seize the opportunity to deliver the message and strive to meet legitimate needs through programs relevant to evangelism, edification, and strengthening the church body.

Churches with such focus and balance will reach the remnant and do it faithfully, while there is still time. 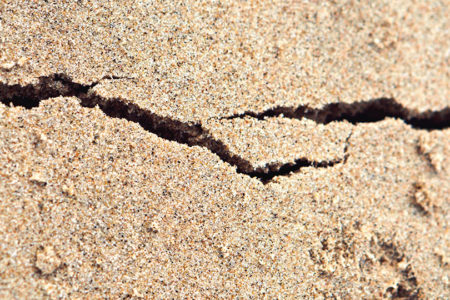