When Saddam Hussein violated the borders of another Arab nation, he set an ominous precedent and caused alarms to go off in practically every Arab capital in the region. Analysts interpreted the intrusion correctly as a barefaced attempt to increase his oil assets in order to shore up his sagging financial fortunes.

Hussein’s explanation for his adventure in Kuwait, however, projects ambitions far beyond oil rigs and stolen assets. Borders of Arab nations, he stated, were artificially drawn by “colonial imperialists.” Their purpose, he continued, was to divide permanently and weaken Arab national solidarity. Erasing the border between Iraq and Kuwait was a first step in eliminating the problem. Arab leaders responded to the who’s next? peril by throwing caution to the wind and aligning with the United States, the one major power willing to act immediately to circumvent Hussein’s gobbling them up, destabilizing the region, and plunging the world into economic chaos.

The fear of confronting a modern Hitler has been raised repeatedly in the world press, and rightly so. Those who remember Hitler’s monstrous lies, blitzkrieg attacks, rumbling tanks, gas bottles, columns of dead bodies, and pious pronouncements of being a savior of his people discern the macabre parallels. And the fact that Arab leaders, who are fiercely divided on so many subjects, would unite against him certifies the reality of the problem Hussein has brought to their world—and ours.

The Iraqi leader’s one hope of forcing his Arab brethren back to his side is their mutual hatred for Israel. Columnist Eric Breindel of the New York Post states the case: “The only thing that has ever united the various Arab sheikdoms is hatred of Israel and Zionism.” Middle East analyst Amatzia Baram, quoted in the Jerusalem Post, expressed it thus: “His [Hussein’s] big card will be to play on the universal Arab hatred toward Israel in an attempt to crystallize a united Arab front in support of Iraq and Saddam. In this connection, he will appeal to the Arab masses and to the intellectuals, rather than to their leaders.

“One of the possibilities that should not be written off is that Saddam may purposely cross the red line delineated by Israel … In such a case he would welcome Israeli retaliation as an issue around which to rally Arab support against Israel and her Western supporters.”

For this reason Hussein, considered a secular leader by Muslim standards, has wrapped himself in a mantel of religious saviorhood by promising to eliminate the hated Zionist presence and reclaim Jerusalem for Allah. To grass roots Muslims throughout the Arab world, such rhetoric contains an irresistible appeal that can easily be transformed into irrational actions. Therefore, Israelis look with grave concern on the threat posed by Hussein’s messianic Muslim posturing.

This has been Israel’s abiding fear throughout the crisis, and it has resulted in the grim sight of Israeli children being fitted with gas masks against the day when Hussein fulfills his threat to incinerate the cities of Israel and gas her inhabitants.

In such a situation, Jerusalem and Israel could become a flash point around which the hostilities of the Mideast would be played out. There can be little question that, at this juncture, the United States and her allies in Western Europe would come to Israel’s defense, and such a move by Arab aggressors would be futile.

Whatever the outcome of this current crisis—military or political—we have been treated to a spectacular illustration of coming events that have been so clearly delineated in the Scriptures. The meteoric rise of a menacing tyrant, nations converging on the Middle East, military armadas being assembled, the illusion of world peace being shattered, and the specter of hundreds of thousands of bodies strewn across the face of the landscape combine to declare that Armageddon is inevitable. There are no glib solutions that will shoo away global problems, turn monsters into the meek, and transform our world into a fairy-tale utopian playground. There are other Husseins standing in the wings, eager to take the stage. And somewhere off in the future waits the archfiend of history, Antichrist—the satanic embodiment of evil. These are hard considerations, but we live in a world of harsh realities.

All of this should drive believers to preach the gospel with unrelenting fervor and plead for the coming of the Lord, who alone can set things right. It should also convince unbelievers that if there is no hope from God, there is no hope available to humanity; man is doomed to self-destruction. But—thanks be to His name—the God of Abraham, Isaac, and Jacob has, in love and grace, extended Himself to our extremity and provided both Savior and Deliverer, the Messiah, Jesus Christ—Redeemer of Israel and hope of all who call upon Him. 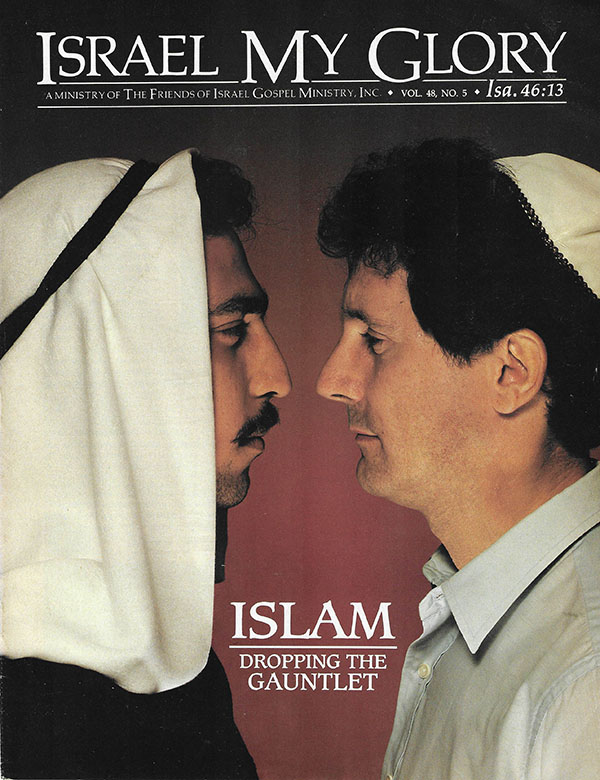 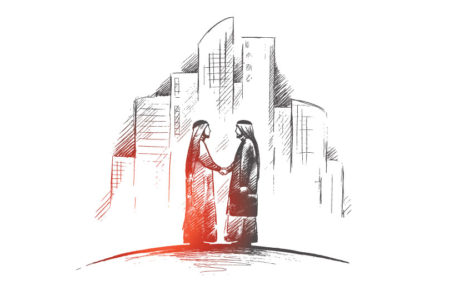