The Four Horsemen are Coming

Every informed Christian should view the future with an attitude of ultimate optimism. Of all earth’s peoples, they alone have “. . . an inheritance incorruptible, and undefiled, and that fadeth not away, reserved in heaven for you, who are kept by the power of God through faith unto salvation ready to be revealed in the last time” (1 Pet. 1:4-5).

The believer’s inheritance is sure, certain, steadfast — because it is grounded on the promise of God and is resting in the power of God. BUT ULTIMATE OPTIMISM FOR ONESELF DOES NOT PRECLUDE IMMEDIATE PESSIMISM FOR THE WORLD IN WHICH WE LIVE. The knowledgeable Christian must be a realist who views his world from both an historic and prophetic perspective.

The Bible teaches that the most somber period of human history is still ahead. Seven years in duration, it is a period described variously as “The 70th Week of Daniel”, “The Tribulation Period”, and “The Time of Jacob’s Trouble”. This time of divine judgment will begin when Antichrist signs a seven-year peace pact with Israel. This event will signal the appearance of the four horsemen of the apocalypse who will gallop onto the earth’s stage. THESE RIDERS OF DESTRUCTION WILL ACT OUT THEIR PARTS AND RIDE OFF. LEFT BEHIND WILL BE A DEVASTATED EARTH WITH A FOURTH OF ITS POPULATION DEAD–AND THE WORST STILL TO COME.

That these horsemen will appear is not subject to debate — God’s Word is clear on that point. For some, however, there remains the question of chronology. When will they appear? Pretribulation rapturists, and this author is among them, believe that the catching up of the true Church (1 Thess. 4:17-18) to meet Christ in the air will signal the end of this age and probably the beginning of the Tribulation Period.

In appearance the horses will be white, red, black and greenish yellow in color. They symbolize a false Christ, war, famine and death. History records many such visitations, but never on the universal scale of this coming judgment.

The rider on the white horse wears a crown and is armed with a bow. He is the counterfeit Messiah, Antichrist. He will be both a political and religious leader who will rule over apostate Christendom. And if, as many think, the Tribulation Period Is near at hand, he may already be on the world scene, but his certain identification at this point in history is impossible.

The second rider is mounted on a red horse. He carries a sword, and to him is given power to make war on the earth.

The black horse, third to appear, carries a rider who is holding a pair of balances in his hand. There is general agreement that this horse symbolizes worldwide famine. The text suggests the severity of the famine by indicating that a full day’s work will earn one ‘denarius’. A ‘denarius’ would be sufficient to purchase food for one person for one day. A man’s labor, therefore, would not provide enough income to “feed his family, let alone provide for the other necessities of life.

The fourth and final horse is greenish yellow (pale) in color. The rider’s name is Death. This horse and rider represent “death through pestilence”. Logical sequence is suggested in the appearance of each rider —

The last three horses are in turn the outgrowth of the one which preceded it. The Antichrist, in his insatiable quest for power, will plunge the earth into war. War, with its attendant carnage and destruction, will breed famine. A natural outgrowth of famine and its accompanying unsanitary conditions will be pestilence and death.

Our world is ripe for the emergence of the Antichrist, and the potential for global war, famine and pestilence is rapidly becoming an increased possibility.

The Tribulation Period, though worldwide in scope and consequence, is uniquely “The Time of Jacob’s Trouble”. It is the 70th Week determined upon Daniel’s people.

Israel will be the geographic center during the Tribulation Period and Satanic fury will be directed in its intensity against the Jewish nation. It was through this people according to the flesh that Christ came the first time and to this people that Christ shall come as King the second time. For this reason she will bear the brunt of Satanic attack.

How much time remains until the Rapture of the Church and the ensuing judgment is uncertain. No man, we are told, knows the hour or the day, but we are admonished to know the ‘season’ (general time period). Many outstanding Bible teachers believe that the Rapture, Tribulation and Second Coming of Christ are near at hand.

By any standard, these are crisis days ~ time is running out! The Rapture is imminent. The hoof-beats of the apocalyptic horsemen can be heard in the distance — judgment is on the horizon.

Christians can’t stop the collision course that planet Earth is on, they can, by God’s grace, help some of its inhabitants ‘change citizenship’ before it crashes. 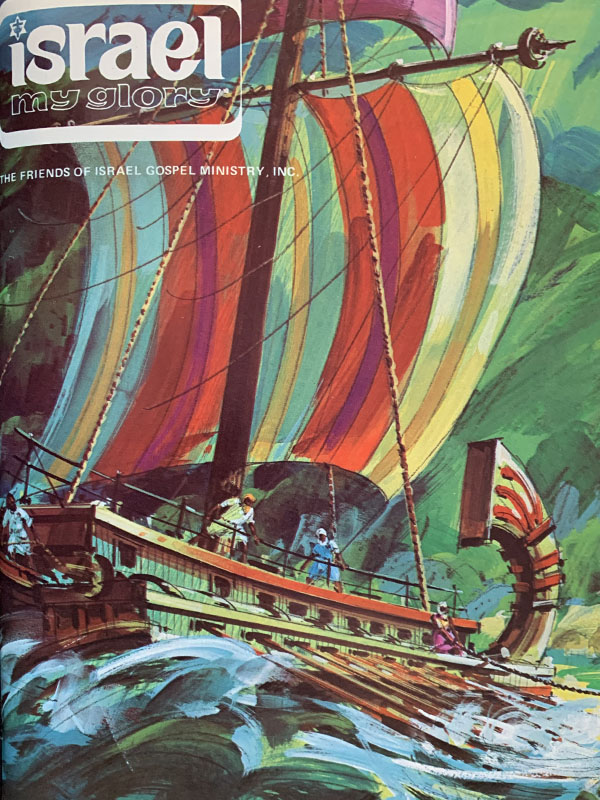