“We have no pulse.” Those were the words my wife heard as the paramedics transported me to the hospital. The events of that evening were nothing short of miraculous, which I credit entirely to God’s love and grace.

It was Thursday, September 19, 2019, around 8 p.m. My wife, Carolyn, and I were moving from Olympia, Washington, to the Spokane area. We had placed our final truckload of possessions into storage, and I was driving away when my chest began to hurt. As I grew light-headed and broke into a cold sweat, I pulled the truck over and immediately called Carolyn and my daughters, who were driving another vehicle.

They pulled over behind me and called 911, and it wasn’t long before I was loaded into a medic van and transported to Sacred Heart Medical Center. En route, everything began to spin, and I lost consciousness. My heart had stopped beating. Carolyn heard the medics say, “We have no pulse.”

At some point Carolyn and my girls began texting out urgent prayer requests, and God’s people got on their knees. It took three attempts to shock my heart back to life before I regained consciousness. At the hospital the doctors discovered a blocked artery. Within an hour of my arrival, I had received a stent, was settled into a room, and was waiting to hear the results. The doctor delivered the good news: no damage to the heart! I was free to go home. It was a miracle.

His Providential Care
Often when we go through troubles, even as believers, we have no idea how many details God has worked out for us. He tells us, “I will never leave you nor forsake you” (Heb. 13:5); and He goes before us even in the most difficult circumstances. We left the hospital praising God for His love and grace and recounting the many ways we had experienced His providential care.

It is the responsibility of a servant of Christ and a steward to declare God’s Word. As stewards, we are to be faithful and trustworthy.

For example, even in the remote area where we were located, we had cellphone coverage. The paramedics were merely four miles away. My heart attack had not occurred on the 300-mile-long stretch of Interstate we had traveled earlier that day. But there was more.

Two weeks later, a paramedic gave me a call. It turns out he is a fellow believer and was filling in for another paramedic who had called in sick that night. He told me the volunteer crew that had helped me had just concluded a training session at the fire station—and normally would not have been nearby. The crew’s accessibility greatly sped up the response time.

The paramedic also told me he had just learned a new technique that had helped him determine the severity and exact location of the heart attack. I was the first patient to benefit from his new knowledge, which helped to save my life.

Nothing is ever out of God’s control. Not only does He never leave us, but He also wants us to know Him. Acts 17:26–28 records the apostle Paul’s message on Mars Hill, where Paul explained,

He has made from one blood every nation of men to dwell on all the face of the earth, and has determined their preappointed times and the boundaries of their dwellings, so that they should seek the Lord, in the hope that they might grope for Him and find Him, though He is not far from each one of us; for in Him we live and move and have our being.

God is the one who gives life and breath to us all. He alone determines our appointed times, as well as the “boundaries of [our] dwellings” so that people will seek after Him; “for in Him we live and move and have our being.” We exist for the purpose of knowing and glorifying Him.

God has placed each one of us where we are in history for His purpose. The medical technology, the knowledge of how to use the technology, and the availability of medical services that kept me alive were all of God’s doing. I nearly died that night, but I am alive today by God’s grace.

For His Glory
So, what am I to do with the understanding God has given me? Paul wrote, “Let a man so consider us, as servants of Christ and stewards of the mysteries of God. Moreover it is required in stewards that one be found faithful” (1 Cor. 4:1–2).

As believers, we are here for God’s purpose, not our own. His purpose involves being servants and stewards (people entrusted with managing a household) of the mysteries of God. It is the responsibility of a servant of Christ and a steward to declare God’s Word. As stewards, we are to be faithful and trustworthy.

God is holy, just, and righteous in all He does; and we can be confident that His work on our behalf is ultimately for His name’s sake.

Though King David’s experience was different from mine, God also spared his life when King Saul and Saul’s soldiers chased young David throughout Israel, trying to kill him. David wrote many beautiful psalms during that time, including Psalm 31, where he said, “You are my rock and my fortress; therefore, for Your name’s sake, lead me and guide me” (v. 3). David recognized that God had spared his life and protected him from his enemies—for His name’s sake.

That is the bottom line. Throughout Scripture, we read that God acted for His name’s sake. For example, Isaiah 48:11 reads, “For My own sake, for My own sake, I will do it; for how should My name be profaned? And I will not give My glory to another.” God acted on His own behalf to fulfill His purposes for His glory. God is holy, just, and righteous in all He does; and we can be confident that His work on our behalf is ultimately for His name’s sake.

In answering prayer or acting on our behalf, God still acts for His name’s sake. This truth runs contrary to our popular Christian culture’s message that wants us to believe God is all about us. God’s Word teaches otherwise and leads us to give Him all the glory—of which He alone is worthy.

As I reflect on that unique day last year, I am reminded that one day my heart will stop beating for good, unless the Lord returns first. Psalm 90:12 says, “So teach us to number our days, that we may gain a heart of wisdom.” And, “For what is your life? It is even a vapor that appears for a little time and then vanishes away” (Jas. 4:14).

Life on this earth is ephemeral. It disappears quickly. So we should order our priorities to do His will, not our own. During my brief stay here, I am called to live humbly, as the Lord wills. Each of my days is a stewardship from God that I should be grateful for and use for His glory.

Such is the case for all of us who love the Lord, whether we experience miraculous events or not. Each of us is here at this time, in each of our “dwellings,” in order to know and faithfully serve Him. 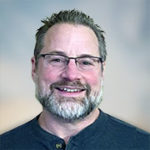 Paul Pierce is the Church Ministries Manager and a Bible teacher for The Friends of Israel Gospel Ministry in the Pacific Northwest.

3 thoughts on “The Heart Attack”

I don’t know what the situation will be by the time you receive this issue of Israel My Glory. Today we’re “sheltering in place,” unable to go practically anywhere...

Israel’s Will to Remember

I am more of a doer than a thinker. It takes discipline for me to think before I act. Spending two weeks in Israel...

Premillennialism is less popular than it used to be. But it’s essential to...

On December 17, 2019, 16 leaders of The United Methodist Church signed the Protocol of Reconciliation & Grace Through Separation...

The book of Acts opens after the disciples had been learning about the Kingdom of God for 40 days from the King Himself...

I have often heard the dispensational, premillennial view of the Bible criticized as too pessimistic and being all about Israel to the point that it denigrates the church...