During the course of human history, there have been many great men. A few, like Washington and Lincoln, have their birthdays remembered because those days have become national holidays. None, however, have both their birth and death commemorated — none, that is, except for Jesus Christ. At Christmas, millions of people the world over remember His birth. At Easter, the same multitudes reflect on His death. All men are born to live, Jesus was born to die. It is His unique birth which gives inexhaustible meaning and infinite worth to His death.

Each Christmas, men look back more than nineteen hundred years to the birth of the Son of God. But, for more than four thousand years, men living on the other side of the incarnation eagerly looked forward to that same event.

The birth of God’s Son was no accident; it was not the result of unforeseen or uncontrollable events. The all-knowing Creator and Sustainer of all things is never caught off guard. God does not respond to human events; He superintends them. Nowhere is this divine omniscience more clearly seen or more profoundly delineated than in the birth of the Lord Jesus Christ.

The eternal God, through the prophets of Israel, gave clear, detailed prophecies concerning the promised Seed who was one day to step onto the stage of human history. It has been stated that the Messiah had to come through the seed of Abraham, through the tribe of Judah and through the family of David. But additionally. He had to have a legal right to the throne of David (Isa. 9:7), be born of a virgin (Isa. 7:14), in Bethlehem (Mic. 5:2), and be God (Isa. 9:6). These identification characteristics were clear, inviolable and penned more than five hundred years before Christ was born.

The Old Testament is replete with Satanically-inspired attempts to destroy the blood line of the promised Messiah. Among them, the intermarriage of the sons of God and the daughters of men (Gen. 6:2) was an attempt to corrupt the human race and prevent the coming of the Seed. The decree of Pharaoh to kill all the newborn male children among the Jews (Ex. 1:22), the attempt of Athallah to exterminate the royal seed (2 Ki, 11:1), and the Egyptian, Assyrian and Babylonian captivities with the attendant dangers of assimilation of the Jewish people, were all attempts to keep the promised Seed from His appointed task.

Many times it appeared that the coming of a Messiah who could meet the required conditions had been rendered impossible.

With infinite power, however, God overruled man’s wickedness and actually made it serve His plan for human redemption. To King David, God made two unchangeable and irrevocable promises (Ps. 89:4). First, He promised that the throne of David would be everlasting and, second, that his physical seed would sit upon his throne (2 Sam. 7:16). David was unconditionally promised that lineal descendants of his would be preserved to sit upon that throne. Ultimately, these promises would find fulfillment in the Person of the Messiah — David’s greater Son.

The first chapter of the Gospel of Matthew, written principally to the first-century Jews, lists the descendants of David who were in the royal lineage. This genealogy terminates with Joseph, the betrothed husband of Mary (Mt. 1:16). The fourteenth descendant of David in the royal lineage was a king called Jeconiah (Coniah). However, because of sin, God pronounced a curse on Jeconiah:

Thus saith the Lord, Write this man childless, a man that shall not prosper in his days; for no man of his seed shall prosper, sitting upon the throne of David, and ruling any more in Judah.

This curse placed on Jeconiah by God did not say that he would never have any children, but that none of his descendants could occupy the throne of David.

Here, then, was an apparently insoluble problem — those who had the legal rights to the throne were barred from occupying it by the curse of Jeconiah.

Joseph, the espoused husband of Mary, was a direct descendant of Jeconiah. This means that, although Joseph inherited the legal right to the throne of David because he was of the kingly line of Solomon, he could not sit upon the throne because he came under the curse placed on the descendants of Jeconiah. The implication is clear, critical and irrefutable — if Jesus had been the physical son of Joseph, He too would come under the curse pronounced on Jeconiah’s seed and would not be able to sit upon the throne of David and rule over Israel.

This posed a humanly impossible dilemma. Three main conditions had to be met to substantiate the authenticity of the Messiah. These conditions appeared impossible to fulfill:

Had the inspired penmen written themselves into an untenable corner with no possible escape? And since they claimed divine inspiration, was God himself in error and impotent? Could such an apparent dilemma ever be resolved? Indeed it could — but only by an infinite God who solved the problem by the miracle of the virgin birth. In Matthew, chapter one, the genealogy of David is traced to Joseph. Jesus, however, was not the physical son of Joseph. This can be stated with certainty because at the time of the birth of Jesus, Joseph had never known Mary as his wife (Mt. 1:25). Jesus was, however, the legal son of Joseph (through adoption) and thereby inherited the right to the throne of David. Jesus was the legal son of Joseph, even though He was not his physical son. One condition, however, still posed a problem. The prophets of Israel prophesied that the Messiah would be a lineal descendant of David. Was this condition met?

The answer is found in the Gospel of Luke, where the family tree of Mary, the mother of Jesus, is recorded. Mary was a direct descendant of David, not through King Solomon, upon whom the curse ofJeconiah fell, but through another son of David named Nathan (Lk. 3:23-31). Therefore, the curse on Jeconiah did not affect Mary or her actual son.

To summarize then; Jesus was the LINEAL son of Mary and, therefore, a direct descendant of David, in Jesus, God’s promise to David (that he would always have a son to sit upon his throne) is fulfilled. Jesus was the LEGAL son of Joseph (by adoption) and thereby inherited the legal right to sit on the throne of David. But, He was not the PHYSICAL son of Joseph and thereby escaped the curse of Jeconiah.

Now, the question must be asked; “Who worked out this amazing and wonderful mosaic of circumstances? To suggest that mere man maneuvered and manipulated to make the myriad of events surrounding the birth of Christ fit the Old Testament pattern is ludicrous. Far easier would it be to disassemble a complex watch, throw the dismembered parts into a running clothes dryer and believe that in due course, given enough time, the watch would be whole, running and on time ~ to the very second.

Design requires a designer. In the case of the birth of the Lord Jesus Christ, the eternal God moved the events of the centuries to bring His Son onto the stage of human history exactly as He had promised. There is no intellectually honest alternative and no greater evidence of the faithfulness of God to His Word, which has been forever settled in the heavens (Ps. 119:89).

(*Taken from Chapter 3, Not Without Design, by the Editor) 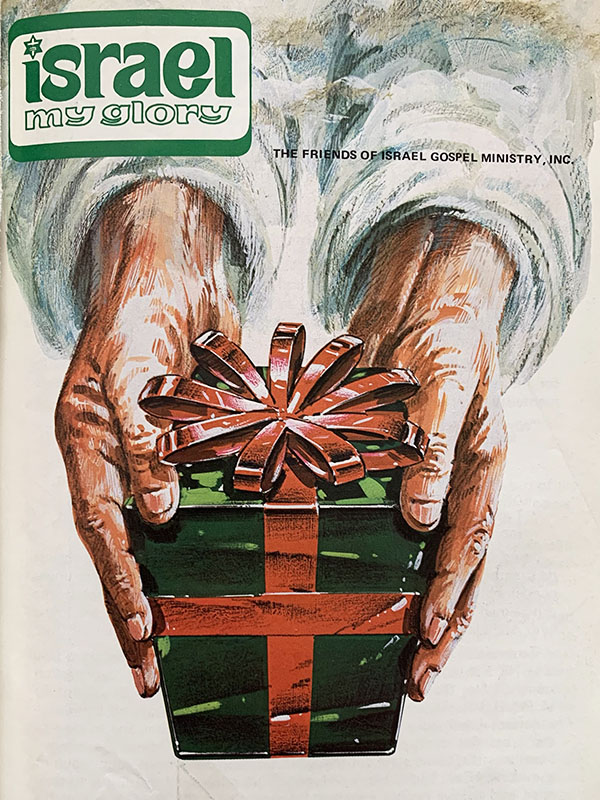