When the apostle Paul wrote to his young protégé Timothy to tell him how to pastor the church at Ephesus, he cautioned him not to give too much responsibility to new believers. Do not appoint a novice to the oﬃce of bishop (overseer), he said, “lest being puffed up with pride he fall into the same condemnation as the devil” (1 Tim. 3:6).

The great English preacher Charles Haddon Spurgeon called pride “the ﬁrstborn son of hell”; and Harry A. Ironside, longtime pastor of the Moody Church in Chicago, warned, “Pride is a barrier to all spiritual progress.”

The Edomites were ﬁlled with pride. Ensconced in mountains and protected by high cliﬀs and deep gorges, they thought themselves invincible; and they became poster children for the truth of Proverbs 16:18: “Pride goes before destruction, and a haughty spirit before a fall.”

The prophet Obadiah used a mere 21 verses to tell ancient Israel’s arrogant, self-righteous neighbor to the south that God’s judgment was upon it and Edom would be destroyed.

Because Edom’s terrain made it diﬃcult to conquer, the nation reveled in a false sense of security. Believing no one could touch them, the Edomites treated the nations around them, especially Israel, with disdain and cruelty. Often they allied themselves with other nations and attacked Jerusalem, delighting in violence against their “brother Jacob” (Obad. 10). Then they would retreat to the safety of their impregnable defenses.

The book of Obadiah opens with “a report from the Lᴏʀᴅ” through a messenger who had been involved in what we today would call shuttle diplomacy (v. 1). God had sent an envoy to the surrounding nations, calling them to unite in battle against Edom to humiliate it.1

“Behold,” He told Edom, “I will make you small among the nations; you shall be greatly despised. The pride of your heart has deceived you, you who dwell in the clefts of the rock” (vv. 2–3).

Edom’s pride was so deep-seated that God conveyed His wrath toward the nation through no fewer than six other prophets: Isaiah, Jeremiah, Ezekiel, Joel, Amos, and Malachi. All prophesied Edom’s destruction.

In Obadiah, God warned the Edomites their location could not protect them from Him: “Though you ascend as high as the eagle, and though you set your nest among the stars, from there I will bring you down” (v. 4).

The nations involved in destroying the Edomites included the Nabateans, the Jews (under John Hyrcanus), and the Romans.2 The Edomites ultimately ceased to exist as a people after the Roman conquest of the ﬁrst century.

Among the most infamous of Edomites (Greek, Idumeans) was Herod the Great. He stands out as the quintessential example of pride gone amuck. His massive ego has left us with a treasure trove of archaeological sites he built in an eﬀort to immortalize himself: the Temple compound, the Herodium, Masada, and Caesarea Maritime, to name a few.

He killed anyone he perceived to be a threat to his reign. Matthew 2:2–8 tells of Herod’s murderous plot to assassinate the Lord Jesus in His infancy because wise men from the East told Herod of the Baby born “King of the Jews.”

Fanatical pride fueled his relentless pursuit of power and generated such deep paranoia within him that it motivated him to murder many members of his own family for fear that one of them might usurp his coveted throne. Roman Emperor Augustus said bitterly it was safer to be Herod’s pig than Herod’s son.

Pride still afflicts nations today. More than 60 countries are involved in conﬂicts involving more than 600 militias and separatist groups, all of whom feel they have a right to control the lives of others.3 Pride seeks control and will not rest until the objective has been achieved.

The Edomites would have done well to heed Proverbs 16:18. For them, the verse became a prophecy. And their pride became the aﬄiction from which they never recovered. 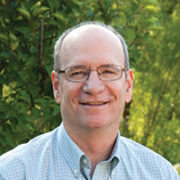 Tom Geoghan is Vice President for Ministry Advancement for The Friends of Israel.

When I was reading the book of Obadiah awhile back, I felt it offered so many good principles for everyday living that I thought you might enjoy an entire issue on it. Many months later, as I was preparing...

History is replete with small nations that strut across the world stage, proudly ﬂex their political muscles, and then vanish into obscurity. Edom was such a nation, and its story was...

Obadiah 1–4: When the apostle Paul wrote to his young protégé Timothy to tell him how to pastor the church at Ephesus, he cautioned him not to give too much responsibility to...

The Folly of Misplaced Trust Obadiah 5—9

Obadiah 5—9: Most Americans remember where they were on 9/11. We remember our vulnerability; our politicians singing together on the Capitol steps in Washington, DC; the national prayer...

Obadiah 10—14: Imagine having to sleep with a gun under your bed. I am not talking about Detroit, New York, or Philadelphia. I am talking about Haifa, Tel Aviv, and Jerusalem. This...

Obadiah 15–16: Have you ever seen someone revel in another’s misfortune or be smug and self-satisﬁed when sympathy was called for? There’s a saying, “What goes around comes around.” The Bible...