The Purging of Planet Earth

The Apostle John had both a unique opportunity and a heartrending experience as he watched God’s prophetic program of redemption for mankind brought to its culmination. The basis for this redemption is traced back to the One described as the Lamb who had once been slain but now lives (referring to the death, burial and resurrection of Jesus the Messiah ~ Rev. 5). Therefore, John sees the consummation of this redemption concentrated into a short seven-year period and described in detail in the scroll written within, on the backside, and sealed with seven seals (Rev. 5:1).

The scroll was divided into seven segments and contained God’s judgment and purging of the earth. Jesus is shown to be the only One throughout all the universe (whether in Heaven, on earth, or below the earth) to have the right and authority to break open the seals and unlock the climactic unfolding of God’s redemptive program.

Each segment of this scroll, opened by the breaking of an additional seal, brings mankind another step closer to the literal return of Christ to the earth. The time period the scroll describes is known as “The Tribulation”, or the “70th Week of Daniel”.

The outpouring of God’s wrath, which will be experienced at the opening of the seals, Is not simply the venting of God’s anger. It is also a necessary purging process, as well as His retrieving out of the hands of Satan that which was usurped from mankind when Adam fell in sin millennia ago in the Garden of Eden.

This unparalleled time of history can be viewed from three vantage points: First, the outpouring of God’s wrath; second, the unleashing of Satan’s evil; and third, the self destruction of man. It is extremely important, however, to recognize that the events of the entire Tribulation Period, even though they can be observed from these various views, are all subservient to the sovereignty of God. This is substantiated in the opening of the six seals in Revelation, chapter 6.

The first four seals, often referred to as “The Four Horsemen of the Apocalypse”, reveal various aspects of the Tribulation. They introduce false christs, wars, famine and death.

The fifth seal describes the martyrdom of true believers. The sixth seal unveils what will happen when the Creator and Sustainer of the earth causes the normal function of the universe to go awry, demonstrated by earthquakes and the blackening of the sun.

The Four Horsemen of the Apocalypse

These four horses and their riders symbolize and conceptualize God’s judgment and purging of the earth and humanity in the Tribulation Period. A proper interpretation of this passage reveals the concept and character of the judgment — and NOT THE PERSONALITY OF THE RIDERS; hence, to try to identify any of the riders would be erroneous. These four instruments of God parallel and harmonize with that which Jesus himself foretold would precede His Second Coming to the earth (Mt. 24:3-8).

The White Horse and its rider symbolize counterfeit VICTORY (this is in marked contrast to the Lord Jesus Christ on the white horse in Rev. 19 who will bring true and lasting victory). This counterfeit victory is a result of military conquests that take place during the Tribulation Period. While a major portion of these conquests are doubtless at the hands of the Antichrist, it would probably be better to view this as referring to a major power seeking to establish world rule, perhaps a reference to the revived Roman Empire made up of a ten-nation confederation in the Mediterranean world, and foretold in Daniel, chapters 2 and 7.

Recent events concerning the European Common Market and its rapid growth in the areas of economics, politics and military strength, give rise to the speculation that perhaps the stage is being set for the White Horse and its rider to make their debut.

The Red Horse and its rider symbolize WAR. Just as white carries with it the concept of victory, red clearly depicts bloodshed. Additionally, verse 4 warns of the removal of peace from the earth, as well as paints descriptive terms of war, such as, killing one another.

While wars have plagued mankind down through the centuries, apparently, there will be a significant difference during the Tribulation Period. The magnitude of the bloodshed and war will be of such scope that it is unprecedented in the annals of history. Its devastation will far surpass the First and Second World Wars.

Today, as never before, it is easy to see the potential of such a devastating war simply by looking at major world powers and their capabilities for total destruction.

The world powers are now emerging and gearing up for the final countdown of Armageddon:

the WEST . . . with the beginnings of the revived Roman Empire; the FAR EAST . . . the sleeping giant, Communistic China; the FAR NORTH … the atheistic, Communistic Russian Bear. with her allies; and the SOUTH … the PAN-ARAB-MOSLEM world, growing rapidly in strength. Again, it seems that the Red Horse and its rider are about to make their public appearance.

The Black Horse and its rider symbolize FAMINE.

Beyond the color description, the mention of a scale and soaring prices allude to the shortage of food which shall be experienced during that time. Food will become so scarce that it will take almost an entire salary just to sustain oneself.

In summary, it describes with clarity that those living in the Tribulation Period will encounter an extremely high, and almost unbearable, inflationary lifestyle.

One does not need to read the newspaper or hear the news accounts given by the broadcasters to know that we are progressively moving in that direction.

The entire world is currently undergoing an inflationary period that many are having a hard time coping with. A number of economists are predicting even worse times ahead. Again, the Black Horse and its rider seem to be ready to appear on the scene.

The Pale Horse and its rider symbolize MASS DEATH.

No where else can one find in a few short sentences so lurid a description as given in verse 8 concerning the loss of life in the degree as stated here. The color of the horse, in the original language, can best be understood as the color of a corpse in the process of decay . . . livid green. Beyond the color description, the name given to the rider is “death” and he has a partner referred to as “Hades” (Hell). Together, they swallow up one-fourth of the earth’s population.

Apparently, ail of the horrid events of the Tribulation Period compiled together bring about a massive loss of life. It is no longer difficult to understand such devastation as has just been described. Almost daily, we now hear about the thousands that are dying of famine in the Far East, as well as the wars which take scores of thousands of lives. Once again, we see the potential for the Pale Horse and its rider to present themselves.

The implication of a direct and instantaneous “zapping” of the earth should not be drawn from the study of Revelation, chapter 6. Instead, it would be best understood that the breaking of the seals will be the climax, or zenith, of an escalating process which begins sometime before the Tribulation itself. While it is true that one cannot know when the Tribulation will come, it seems plausible that one might be able to examine the “signs of the times” all around us and adopt a belief that perhaps the Four Horses of the Apocalypse are about to gallop forth for open display.

Three points of interest come to mind after reviewing this portion of the Word of God: First, we have the reassurance that God is still on His throne; He was, still is and always will be the omnipotent, sovereign God of the universe. He will make order out of chaos … He will clean up the mess mankind and Satan have created.

Second, a closer examination of the Tribulation reveals a conspicuous absence of the Church during this period of time. The “Blessed Hope,” which is the confidence of the “catching up” of true believers in Christ before the wrath of God begins, should have a comforting effect upon every true believer. At the same time, it should motivate the Christian to share the Gospel with those who may be the ones who will have to undergo the worst period of time in history.

Third, while it is true that a Bible-believing Christian should always be desirous of living a Christ-like life, the return of the Lord for His Church should be a major motivating factor to do so.

The Apostle John, in chapter 3, verses 2 and 3 of his first epistle, clearly reveals that the doctrine of the return of the Lord for His Bride should both encourage and exhort the child of God to be ready and prepared. This demands a Christ-like lifestyle. In light of what seems to be the nearness of His return, we should be all the more encouraged and motivated to be prepared. 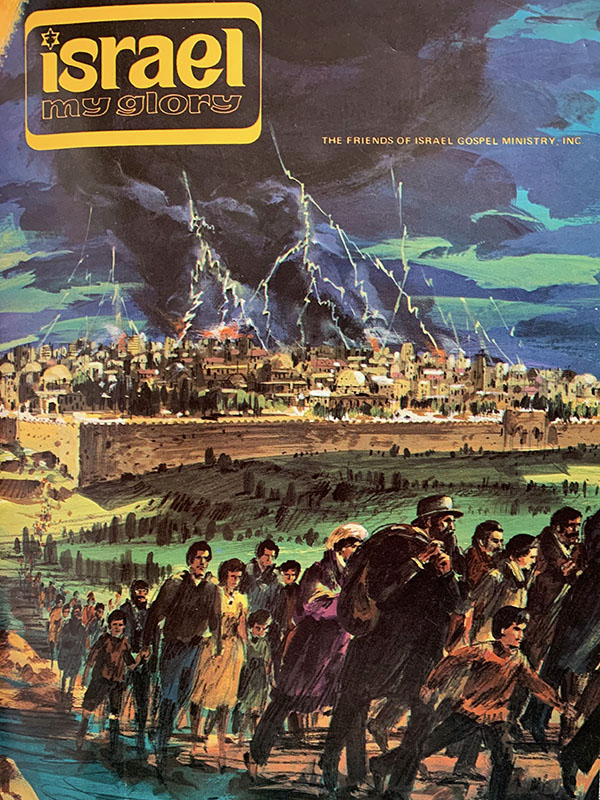