In 1959 I turned eight years old. It was a historic year for my homeland of Australia because a famous American evangelist conducted a series of crusades in the cities of Melbourne and Sydney.

Some commentators claimed this was the closest Australia ever came to revival.1

Australia has never seen such an impact for the gospel since then. Similar crusades did not seem to match the results of 1959. Today when such outreaches are conducted, whether in Australia, America, or other countries, statistics indicate that the small percentage of people who go forward for first-time commitments seem to fall away or are not incorporated into any church.2

Why was it that even though the Australian culture “buzzed” as a result of these 1959 crusades, they seemed to produce no lasting major impact on the culture itself? And why have Australia and other Western countries continually declined in regard to Christian morality, despite numerous evangelistic campaigns?

In 1 Corinthians 1:23 we read, “but we preach Christ crucified, to the Jews a stumbling block and to the Greeks foolishness.”

In Acts 2, the apostle peter preached a bold message that was primarily directed to the Jewish people (or those familiar with the Jewish religion). His main thrust concerned Jesus’ death and resurrection and mankind’s need for salvation.

Scripture records that 3,000 people responded positively. This was a phenomenally successful “crusade.”

However, in Acts 17 Paul preached a similar message to the Greek philosophers, but they thought it was foolishness.

Why the different responses?

In Acts 2 Peter preached to people who believed in the God of creation as recorded in the Old Testament. They understood the meaning of sin and knew about the spiritual fall of the first human couple. They also had the Law of Moses, so they knew exactly what God expected of them and that they fell short. They were not indoctrinated in evolutionary ideas. The Word of God had credibility in their eyes and was considered sacred.

They also understood the need for a sacrifice for sin because, after all, they were in Jerusalem on that particular day to sacrifice animals, as they had always done. However, most of the Jewish people had rejected Jesus as the Messiah (Christ), so Peter challenged them concerning who Christ was and what He had accomplished on the cross.

Here, then, is an important observation: The Jews had the foundational knowledge of creation and sin, which is necessary to understand the message of salvation. peter did not have to convince them that God was Creator or that man had sinned. He could concentrate on the message of the cross. peter did not have to establish the credibility of God’s Word or convince the Jewish people that naturalistic explanations of origins was wrong or deal with the teaching of an Earth that was supposedly millions of years old. These were not issues in the Jewish culture at that time.

However, in Acts 17 Paul was preaching to Greek philosophers. They had no understanding of the God of creation, as did the Jews. They believed in many gods and that the gods, like humans, had evolved. The Epicureans, for instance, believed man evolved from the dirt; in fact, they were the atheists of that age.

The Greeks had no understanding of sin or what was necessary to atone for it. God’s Word to the Jewish people had no credibility in this evolution-based culture. Thus when Paul, in Acts 17, preached the same basic message as Peter in Acts 2, the Greeks did not understand; it was foolishness to them.

It is fascinating to see what paul did as a result. He talked to the Greeks about the “unknown God” referred to on one of their altars, and he defined for them the true God of creation. He also explained that all people were made from “one blood” (from one man), thus laying the foundational history necessary to understand the meaning of sin and the need for salvation. He countered their evolutionary beliefs and thus challenged their entire way of thinking.

Then Paul again preached the message of Christ and the resurrection. Although some continued to sneer, others wanted to hear more. Their hearts were receptive, and some were converted to Christ.

Even though Paul didn’t see 3,000 people saved as Peter did, he was successful nonetheless. Think about what he had to do: Change “Greeks” into “Jews.” In other words, he had to take pagan, evolutionist Greeks, change their entire way of thinking about life and the universe, and then get them to think like Jewish people concerning the true foundation of history.

No wonder only a few came to Christ at first. Such a change is dramatic. Imagine, for example, trying to get an Australian Aborigine to think like an American. Such a change would be extremely difficult, to say the least.

Generations ago, even in Australia, which has not had the Christian heritage of America, the culture was somewhat like that of the “Jews”: people were familiar with the Bible. Most knew the basic concepts of Christianity concerning creation, sin, and the message of salvation. So when an evangelist came and preached the message of the cross, it was somewhat like peter preaching to the Jewish people in Acts 2. Australians had the foundational knowledge to understand the message and respond accordingly.

However, I believe most church leaders did not understand that these people really were already “Greeks” in their thinking about reality. Even at this stage, students were being taught evolutionary ideas in a low-key way that was subtly undermining the credibility of the Bible’s history.

Consequently, there was no real, lasting impact on Australian culture, which has progressively become more anti-Christian. Underneath it all, people had questions about the validity of the Bible.

In Australia today, praying during an assembly or telling Bible stories to start the day would be unheard of in public schools. Furthermore, evolution is taught as fact throughout the educational system.

Generations of Australians now have little or no knowledge of the Bible. They have been thoroughly indoctrinated in an atheistic, evolutionary philosophy. Children don’t automatically go to Sunday school or church programs as they used to. Ministers of religion find it more and more difficult to conduct programs in schools. And most church leaders tell their congregations it is fine to believe in the millions-of-years notion of creation and/or evolutionary ideas, as long as God is somehow involved.

After years of subtle indoctrination and an emphasis on rejecting the book of Genesis as literal, generations today see the Genesis history as not credible and, thus, doubt the reliability of the entire Bible.

Reaching the ‘Greeks’
Whether it is Australia, America, Great Britain, or another country, Western culture today is no longer one of mainly “Jews” but is more like “Greeks”— genuine, pagan “Greeks”—increasingly anti-Christian, with a predominantly atheistic, evolutionary, secular philosophy. Indeed, they are probably even worse than paul’s opponents, who at least asked to hear him out. Now many secularists try to suppress Christian teachings. Today there is a remnant of “Jews” who still understand biblical and Christian terminology, but they are quickly becoming the minority. Today’s “Greeks” do not have the foundational knowledge to understand the gospel. Because people have been taught to believe evolution and that creation took millions of years, they have been led to believe the Bible is not credible and its history in Genesis (creation in six days and the Noahic Flood) is not true. Thus when an evangelist preaches the message of the cross, like the Greeks in Acts 17, they see it as foolishness.

How then can we reach today’s “Greeks”? Like the literal Greeks of Paul’s day, they need to be turned into “Jews.” Their faulty foundation concerning evolution needs to be rebuilt. They need to understand and believe that the Bible’s account of creation and the Fall of Man (i.e., that man is a sinner) is true. Once they have this foundation, they can better understand the message of the Messiah, who came to provide forgiveness for them by being the final blood sacrifice for their sin (Isa. 53). Then, hopefully, they would respond accordingly.

America and Britain are in similar circumstances as Australia. Generations ago, the Bible, prayer, and the Genesis history of creation were a part of everyday life in public (government-run) schools. But the seeds of “Greek” thinking were subtly sown through the educational system. Even in 1925, public school students in America learned from a textbook that taught Caucasians were the “highest race” and that the Earth was millions of years old. That textbook also promoted eugenics.3

Generations have now passed through an educational system that is basically devoid of the knowledge of God. In fact, most schools teach against Christianity or relegate it to mere personal belief instead of objective truth about world history. The Bible, prayer, and creation have been thrown out of public education. Students are taught evolution as fact; and in their eyes, the Bible is not a credible book. They are “Greeks.”

Today, if we want to evangelize the once “Christianized” Western world, we must understand that the message of the cross will not be understood until people can be changed from “Greeks” into “Jews.”

The culture today needs answers from science and the Bible to counter the evolutionary/millions-of-years teaching, so the literal history of Genesis 1—11 is established, thus giving credibility to the gospel (in fact, all Christian doctrine) founded in this history. 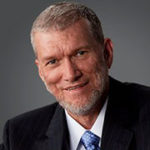 Ken Ham is president of Answers in Genesis-US. For access to thousands of articles that equip Christians to uphold the Bible’s authority and to answer the evolutionary skeptics, go to www.AnswersInGenesis.org.

The Flip Side of Disengagement

Israelis are being expelled from the land they worked so hard to cultivate. Will this bring peace to the region? You be the judge.

Modern science is almost completely com- mitted to evolution. But the bona fide data shows the theory is definitely fiction, not fact.

Does the theory of evolution involve more than “science”? You may be surprised what this view actually encompasses.

The Jewish people of old knew much more about God than did the pagan Greeks. Learn what it takes today to reach the new pagans with the truth.

It was called the “trial of the century.” Eighty years ago this month the Scopes trial brought evolution to the forefront in American education.