Pick up, pick up!” you shout into the phone as your loved one lies unconscious on the floor. You’ve frantically dialed 911. It rings and rings, but no one answers. How long, God, how long until they answer my call? Nothing.

Imagine your desperation. Seconds turn into minutes, but still no response from the emergency dispatcher. You are calling out for help but receive silence in return.

Have you ever called out to God and received no response? Have you felt as though God has turned a deaf ear toward you? King David of Israel did. In Psalm 13 David recorded his intense frustration with God’s silence during a time of deep need and gave us a model of prayer to follow when we feel as he did.

Interestingly, David did not provide the specifics of his emergency call to God, so we don’t know if it was precipitated by illness or another form of trouble. We do know that God’s unresponsiveness was agonizing. One writer commented, “Time itself becomes a destructive force, wearing down a man’s ability to hold out and intensifying the suffering to an inhuman level.”1

The Lament
Psalm 13 is an individual lament,  “a genre of psalm in which the speaker in the poem defines a crisis and invokes God for help.”2 It “concludes on a note of hope and confidence.”3 David confided in God about his predicament, and the psalm candidly and sincerely highlights David’s threefold reaction to God’s unresponsiveness. First, David revealed his problem—which had become the unresponsiveness of God Himself.

How long, O Lᴏʀᴅ? Will You forget me forever? How long will You hide Your face from me? How long shall I take counsel in my soul [wrestle with my thoughts], having sorrow in my heart daily?  How long will my enemy be exalted [triumph] over me? (vv. 1–2).

David pleaded with God four times, asking “How long?” You can sense the intensity of emotion in David’s rhetorical questions. He felt ignored and forgotten by God—alienated, alone with his thoughts. Like the 911 caller, David was deeply distressed.

He then verbalized his inward turmoil as he wrestled with his seemingly never-ceasing, all-encompassing problem. David’s raw emotions may be unsettling for some readers. However, as Kenneth Barker and Waylon Bailey noted,

God is the friend of the honest doubter who dares to talk to God rather than about him. Prayer that includes an element of questioning God may be a means of increasing one’s faith. Expressing doubts and crying out about unfair situations in the universe show one’s trust in God and one’s confidence that God should and does have an answer to humanity’s insoluble problems.4

When faced with your own frustrations with God, confide in Him—like David—expressing your struggle and distress.

The Petition
David then transitioned from questioning God to praying to God. He petitioned Him, asking for a response:

Consider and hear me, O Lᴏʀᴅ my God; enlighten my eyes, lest I sleep the sleep of death; lest my enemy say, “I have prevailed against him”; lest those who trouble me rejoice when I am moved [when I fall] (Ps. 13:3–4).

The psalmist used a threefold prayer (look, answer, and give light) to implore God. He sought an answer—preferably the positive response of God’s blessing and favor. David then appealed to God and His reputation (v. 4). Wrote a commentator: “Before more trouble comes, and before the godless have reason to rejoice over the defeat of the godly, God must act to protect His honor.”5 David implored God, essentially saying, “Please give me cause to rejoice. If nothing else, please do not give my enemies (and your enemies) cause to rejoice.” Like David, we must pray to God amid difficult circumstances and ask Him for a response.

The Praise
After David expressed his problem and prayed, he praised God for His goodness and past blessings:

But I have trusted in Your mercy; my heart shall rejoice in Your salvation. I will sing to the Lᴏʀᴅ, because He has dealt bountifully with me (vv. 5–6).

What a contrast from David’s earlier emotional appeal to God (vv. 1–2) as compared to these calming verses of confidence and trust. David verbalized his intentional choice to trust in God despite his difficult circumstances. He expressed his trust in the Lord’s unfailing love—resolving to rejoice and sing to the Lord because “He has dealt bountifully with [been good to] me.”

It has been said of David, “Though he has experienced deep despair, the psalmist does not give up….He held on to the promise of God’s covenant love.”6 David was not overwhelmed by his troubles; in his challenging situation, he said, “I trust.” Martin Luther once stated, “Hope despairs and yet despair hopes.”7

Interestingly, all lament psalms (with the exception of Psalm 88) end with praise to God for His past deliverance and faithfulness.8 Claus Westermann described David’s out-come: “The one who laments his suffering to God does not remain in his lament.”9 David resolutely placed his trust in God’s sovereign care despite God’s unresponsiveness. He determined to put confidence in what he knew to be true about God’s character and faithfulness rather than give in to his feelings of discouragement and disillusionment.

Dr. Mark McGinniss has said, “The silence of God does not mean the absence of God.” David resolved to trust that the sovereign God whom he served was at work behind the scenes, despite His perceived absence.

God has a purpose for everything, even what appears to be His silence. Yet He promises He will never leave us nor forsake us (Heb. 13:5). Calling on His name is only a “911” call away. 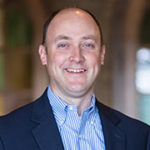 Paul Golden is the Director of Alumni Services at Clarks Summit University in Northeastern Pennsylvania.

A new crusade to rid the Middle East of Jewish people is picking up support around the world. Will it succeed? Read this.

All was quiet except for the windshield wipers swishing vainly back and forth as heavy snow reduced visibility to zero. It was a good time to pray—for many reasons

Imagine crying out to God but receiving no response. He’s always there, of course, but sometimes it doesn’t seem that way. Here’s what to do when God seems silent.

For Roses and for Thorns

How often do you go to the throne of grace on behalf of others? This excellent article explains why doing so may be one of your most important ministries.