It is no secret that people have a fear of death. It is an unknown commodity, and people are naturally afraid of the unknown. But death cannot be avoided. As it is written in Ecclesiastes 12:7, “Then shall the dust return to the earth as it was, and the spirit shall return unto God, who gave it.” God has given an eternal spirit to each of us, and because the Lord gave Himself for us on the cross, everyone who believes in Him will live with Him eternally, even after the physical body dies.

Recently an elderly woman in my neighborhood died, and because she lived alone she had been dead for four days before her body was discovered. When the police finally came to remove the body, many of her neighbors, including myself, gathered around and spoke quietly to one another. As we were talking, one of this woman’s relatives, who lived nearby, began to speak with me. He said, “I am sorry that this dear old lady has died, and it is even sadder because she has no children to take care of her in death. My wife and I have no children, so we have already purchased our graves and taken care of our own funeral arrangements. Most importantly, we have given a large sum of money to the synagogue to guarantee that someone will say kaddish [prayer for the dead] when we die and light a yahrzeit lamp [memorial candle] each year on the anniversary of our deaths. Of course, we could do all of this because we have money, but what will happen to this poor old lady? She had no money, no children, and now that she is dead she is like a stone dropped into the sea—no one will remember her ever again.”

I was saddened by this man’s remarks and said to him, “It is possible that this poor old lady will some day be richer than you.” “How can that be? She is dead, never to live again,” he responded. I told him, ‘“If she had a proper relationship with God through His Son, she will be rich in eternity.” I then related the account of the rich man and the beggar from Luke 16:19–23, and I specifically pointed out verse 22, “And it came to pass that the beggar died, and was carried by the angels into Abraham’s bosom; the rich man also died, and was buried.”

This man and his wife were surprised to hear this story and asked how I had come to this conclusion. I replied, “This is not my own personal conclusion; it is written in the Bible. King David did not fear what would happen to his body, which only lasts for a short time. Instead, he prayed to the Lord, ‘take not thy holy Spirit from me’ (Ps. 51:11). The beloved 23rd Psalm was not written for the rich only but for everyone who trusts in the Lord and ‘will dwell in the house of the LORD forever’ (Ps. 23:6).” The man then asked, “Don’t you ever think about what will happen to you when you die?” I answered, “My future is secure because I have received the Lord as my Savior, and in Him there is no death or darkness but only life and light.”

It was obvious that these people did not understand what I meant. They had immigrated to Israel from Russia, where they knew nothing about God, and since coming to Israel they have listened only to the stories of the old rabbis told in the synagogues. I asked if they had ever read the Bible, and the man replied, “How could we read the Bible in Russia? It was impossible! And even if we could have gotten a Bible and read it, we wouldn’t have understood it because the Bible is written in Hebrew, which we did not know in Russia.” “But you have been in Israel for several years, and I am sure that by now you know Hebrew.” “Oh yes, we know it and can speak it,” he replied, “but we do not understand it well enough to read something as deep as the Bible.”

It is at times like this that I am grateful the Lord has blessed me with a knowledge of several languages. I took out my Bible and read to them, in Hebrew, John 14:19, “Because I live, ye shall live also” Job 19:25, “For I know that my redeemer liveth, and that he shall stand at the latter day upon the earth” and Isaiah 26:19, “Thy dead men shall live, together with my dead body shall they arise.” I then translated these verses into Russian so that there could be no misunderstanding on their part.

This couple could not accept the concept of resurrection and life after death. Referring to the lady who had just died, the man said, “We have all seen this dead body with our own eyes. How can you say that she will live again?” It is not easy to speak with such stiff-necked people, and I told them, “The longer you go on without coming to a true faith in the Lord, the harder it will be for you to understand and accept His principles for our lives. Of course I understand that no one wants to die, but there is a way that we can be prepared to meet our God when we leave this earthly life. It is written in Ezekiel 18:4, ‘the soul that sinneth, it shall die,’ but the Lord has given us a free choice concerning the destiny of our souls after physical death. We can come to Him at any time during our earthly life and ask Him to forgive our sins. He will grant our request at that very moment and give us the assurance of eternal life in Heaven with Him. Or, we can reject His love for us, but then we will die in our sins and spend eternity in the lake of fire, forever separated from God.”

I have often found that it is easier to speak about God with an ultra-orthodox Jew than it is to speak with someone who has never read the Bible and has no knowledge of God and His love for us. But, as the Lord said, we must all begin as little children and take that first step, and then another step, and another. I thank the Lord that He has given me the strength to accept the verbal abuse that usually comes from an experience such as this, as well as the patience to continue explaining spiritual things to anyone who is willing to listen.

The Lord said, “Whosoever, therefore, shall humble himself as this little child, the same is greatest in the kingdom of heaven” (Mt. 18:4; cp. 23:12; Lk. 14:11; 18:14). These words gave me much courage, and I was able to continue my conversation with this couple. When we parted, they were no longer hurling accusations at me but were friendly and thanked me for spending time with them. And I knew I had done what the Lord expected of me—I had sown the seed. I now ask you to pray with me that God will water that seed and eventually grant the harvest of these souls to eternal life as they think about the things I shared with them and give serious consideration to their eternal destiny. Please pray also for the many Russian emigrés in Israel these days, that the Lord will give me and other believers opportunities to speak with them and that many will open their hearts to the God they have so long denied. 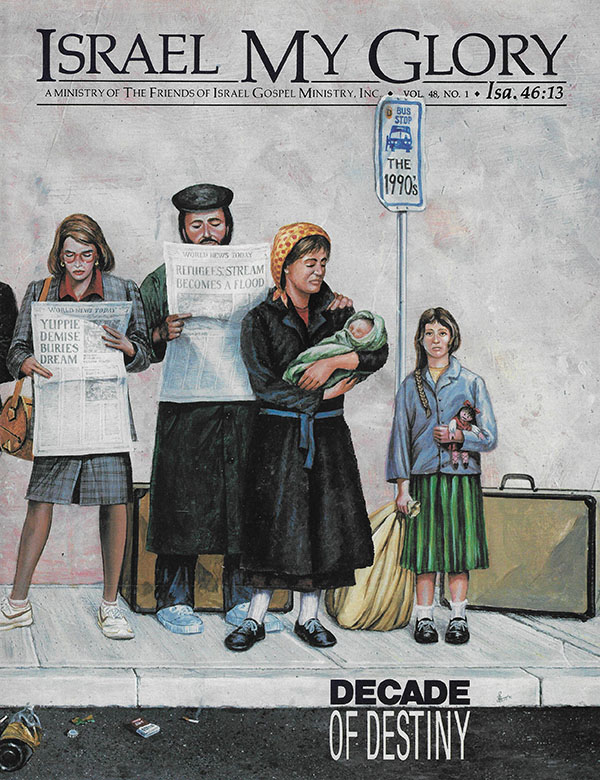 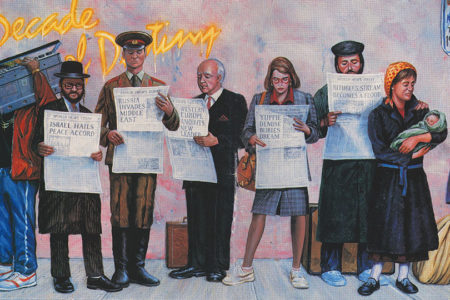 The Decade of Destiny

Once every ten years a new decade rolls around. Each seems to have a way of developing distinguishing features that mark it for history. The 60s were a decade of pot, left-wing politics, and promiscuity—liberation... 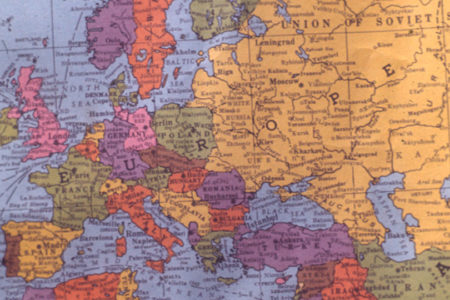 Over 2,500 years ago God gave the Prophet Daniel a significant prophetic dream or vision. It is recorded in Daniel 7. In this prophecy God revealed the future course of Gentile world dominion from Daniel’s... 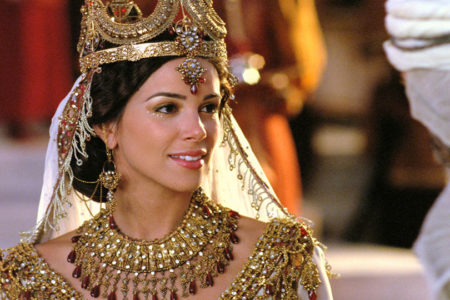 Over four thousand years ago God made a covenant with Abraham and his descendants, promising to be a God to them forever (Gen. 17:7). But now, in the present Church age, Abraham’s descendants have been... 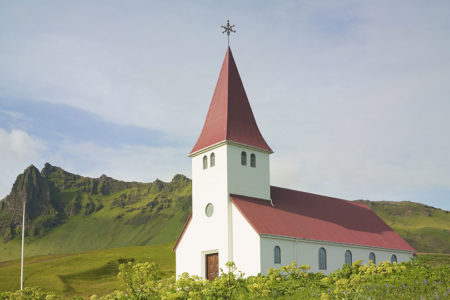 Decorum in the Local Church 1 Corinthians 11–14

The Lord’s Day is that one day each week when the body of Christ meets for edification, fellowship, preaching, and blessing. The cares of life are set aside for several hours, and our attention...

Welcome to the decade of the 90s! Countdown to the year 2000 has already begun. The futurist is busy forecasting sweeping global changes, precipitated by perestroika and glasnost, which he believes will bring worldwide peace...

It is no secret that people have a fear of death. It is an unknown commodity, and people are naturally afraid of the unknown. But death cannot be avoided.