A Savior Who Is Christ the Lord

The blare of honking horns competes with the cries of postcard salesmen. Muslim calls to prayer blast from nearby minarets. Radios and DVD players thump the beat of the latest Middle Eastern tune. Peddlers hawk everything from “genuine camel-leather belts” to miniature olive-wood nativity sets to stone rosaries to beaded Bethlehem bags to Arab headdresses to Bethlehem ball caps to…to….You finally want to shout, “Enough!” Does everything connected with Christ’s birth have to be so commercialized?

The Tower of the Flock
Yet, just a few miles from this cultural cacophony you can visit a spot where the message of Christmas remains pure, undiluted, and focused. I’m referring to the fields that surround Bethlehem—fields that once held shepherds “keeping watch over their flock by night” (Lk. 2:8).

The exact field where the shepherds were the evening Christ was born isn’t known. As is true with so many spots in Israel, several locations claim to be the true site. But my favorite is a place that isn’t owned by any religious group. It’s a simple, terraced hillside north of Bethlehem, just off the road between Bethlehem and Jerusalem.

I like this place because it matches the other prediction about the Messiah made by the prophet Micah. We all know the prophecy of Micah 5:2, but most pass over Micah 4:8: “And you, O tower of the flock, the stronghold of the daughter of Zion, to you shall it come, even the former dominion shall come, the kingdom of the daughter of Jerusalem.” But what is this Migdal Eder—this “tower of the flock”—to which Micah referred? Alfred Edersheim explained its significance:

This Migdal Eder was not the watchtower for the ordinary flocks which pastured on the barren sheepground beyond Bethlehem, but lay close to the town, on the road to Jerusalem. A passage in the Mishnah (Shek. 7.4) leads to the conclusion, that the flocks, which pastured there, were destined for Temple-sacrifices, and, accordingly, that the shepherds, who watched over them, were not ordinary shepherds….Thus, Jewish tradition in some dim manner apprehended the first revelation of the Messiah from that Migdal Eder, where shepherds watched the Temple-flocks all the year round.1

Standing on this hillside as the sun slips below the horizon, one can imagine the scene 2,000 years ago. The chill of the evening comes quickly under a cloudless sky. The surrounding hills turn from golden brown to purple to black. Small lights flicker from the windows of Bethlehem’s distant houses, matched by the twinkle of the planets and stars from the heavens. The darkness of the surrounding fields only makes that starry light from heaven seem more wondrous. As the night wears on, the houses fade into little more than faint silhouettes against the horizon. The shepherds, their eyes growing accustomed to the dark, peer through the gloom, looking for any signs of movement. These watchmen of the night scan the hillsides for predators who might use the darkness as cover to steal the gentle animals under their care.

The Amazing Announcement
Imagine the scene as it unfolded that first Christmas evening. The blackness of night is shattered by an angelic messenger surrounded by the brightness of God’s glory. His “good tidings of great joy” are followed immediately by shouts of praise from a host of other angelic beings. Then, as suddenly as it appeared, the celestial chorus vanishes. Darkness. Silence. A sense of awe and wonderment.

For me, the true message of Christmas was shouted from heaven to these shepherds keeping watch over Israel’s sacrificial lambs outside Bethlehem. Christmas is the time to focus on the birth of the One around whom history revolves. God’s heavenly messenger bestowed three titles on this newborn Child in Luke 2:11. He was “a Savior, who is Christ the Lord.”

First, he was announced as Savior. This child was the true Lamb of God who would take away the sins of the world. Eight days after His birth, when it came time to circumcise Him, His parents named Him Jesus (v. 21). That’s a transliteration of the Hebrew name Yeshua, which we know from the Old Testament as “Joshua.” The name itself means “the Lord is salvation.” Names were important, and even His name pointed toward the reason for His birth.

It was not as if Mary and Joseph sat down as parents do today to decide on a name. The name was selected by God Himself and announced to Mary by an angelic messenger from heaven when he appeared to tell her she would give birth to a son: “Do not be afraid, Mary, for you have found favor with God. And behold, you will conceive in your womb and bring forth a Son, and shall call His name JESUS” (Lk. 1:30–31).

The name pointed to His future role. As the angel later announced to the shepherds, He was born to be our Savior.

The angel then announced that this Child was the Christ. The Greek word for “Christ” is christos, which means “anointed.” It’s the Greek equivalent of the Hebrew word moshiach, meaning “Messiah” or “Anointed One.” This newborn infant was Israel’s Messiah, the descendant of David promised by the prophets. The Child just born would fulfill all the predictions about the coming King.

The heavenly messenger who appeared to Mary told her the same thing: “The Lord God will give Him the throne of His father David. And He will reign over the house of Jacob forever, and of His kingdom there will be no end” (vv. 32–33). This Child was more than a Savior; He was destined to be King.

But God’s message to the shepherds was not yet complete. One more title was needed to describe this Child. He was also to be known as Lord. This Baby was the incarnate Son of God. He was not a mere human, not the product of any physical union between Mary and Joseph. When the angel first appeared to Mary to announce she would be with child, she was puzzled: “How can this be, since I do not know a man?” she asked (v. 34).

The angel explained how God would bring about this miraculous pregnancy and birth: “The Holy Spirit will come upon you, and the power of the Highest will overshadow you; therefore, also, that Holy One who is to be born will be called the Son of God” (v. 35).

But long before the angel even spoke to Mary, Micah the prophet had foretold the birth of this Child/King and hinted at the divine nature of His coming: “But you, Bethlehem Ephrathah, though you are little among the thousands of Judah, yet out of you shall come forth to Me the One to be Ruler in Israel, whose goings forth are from of old, from everlasting” (Mic. 5:2). This Child born in Bethlehem existed from eternity past—and eternality is an attribute of God.

Our Savior. Our Messiah. Our God. Three amazing descriptions announced first to a young virgin in Nazareth and then repeated to shepherds watching over their flocks at the tower of the flock on a hillside near Bethlehem. The most remarkable message from heaven, delivered to the most humble of servants here on Earth.

Tonight, walk outside and find a place where you can look up at the sky and see the stars. Then pause a few minutes to thank God for the solitude of a field outside Bethlehem where shepherds heard heaven’s bold declaration. No tinsel. No tree. No toys. No trappings. No commercialism to crowd out the message. Just a clear announcement of God’s truth. “For there is born to you this day in the city of David a Savior, who is Christ the Lord” (Lk. 2:11). 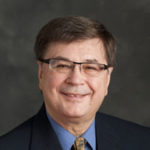 When God Steps In

A rapidly rising tide of aggression is aimed at Israel, and the West seems impotent to stem it. But there is One who is omnipotent, and He has made promises He intends to keep.

To understand the Intertestamental Period, it’s important to look at Israel’s postexilic history and see what happened to God’s Chosen People before the silence fell.

Some people misconstrue the term silent years. They think the absence of a prophetic Word from the Lord meant the Lord was absent. That was not the case, as you’ll see.

A Savior Who Is Christ the Lord

A few miles from the hubbub of Bethlehem, you can visit a spot where the message of Christmas remains pure and undiluted. Relax, and let this wonderful article take you there!

The menorah is the very heart of the Jewish holiday of Hanukkah. Here is a true story about a treasured menorah whose light will shine brightly this holiday season.