In the Age of Enlightenment (Age of Reason, as it was known in the 17th and 18th centuries in Europe), philosophical rationalism crept into theology and began producing an antisupernatural way of thinking that undermined seminaries, Bible schools, denominations, and churches.

Major religious institutions started questioning the trustworthiness of God’s Word, particularly inerrancy. Soon human reason replaced divine revelation in determining the validity and interpretation of Scripture. The development of higher and lower criticism, which analyze everything about Scripture to determine its authenticity, eroded widespread belief that the Bible was divinely inspired. These methods were destructive to biblical truth and inerrancy, prompting many people to deny that God has spoken to mankind through biblical revelation.

Today, liberal theologians deny the inspiration of Scripture, and some have even redefined the doctrine of inerrancy.

Inerrancy Revealed
Simply stated, biblical inerrancy means the Scriptures are without error in the original autographs and everything they affirm is true. However, this definition is insufficient because some evangelicals today claim to believe in the inspiration, infallibility, and inerrancy of Scripture while still maintaining that Scripture is not error-free.

A fuller definition might read more like this: God Himself, who is truth and cannot lie (Num. 23:19; Jn. 17:17; Ti. 1:2; Heb. 6:18), has divinely inspired Scripture to reveal Himself to humankind (2 Tim. 3:16). Scripture is the supernaturally revealed Word of God. It was written by men chosen by God and superintended by the Holy Spirit to express, through their personalities and literary styles, the God-breathed Word without error (2 Pet. 1:20–21). The Holy Spirit guaranteed Scripture’s infallibility in all matters it touches: creation, geography, geology, salvation, doctrine, life sciences (ethics, social, physical), world history, literature, and every area of knowledge. It is without error in the original autographs and entirely true in all it affirms. Inerrancy does not apply to ancient Greek and Hebrew manuscripts or copies of Scripture no matter how accurate. 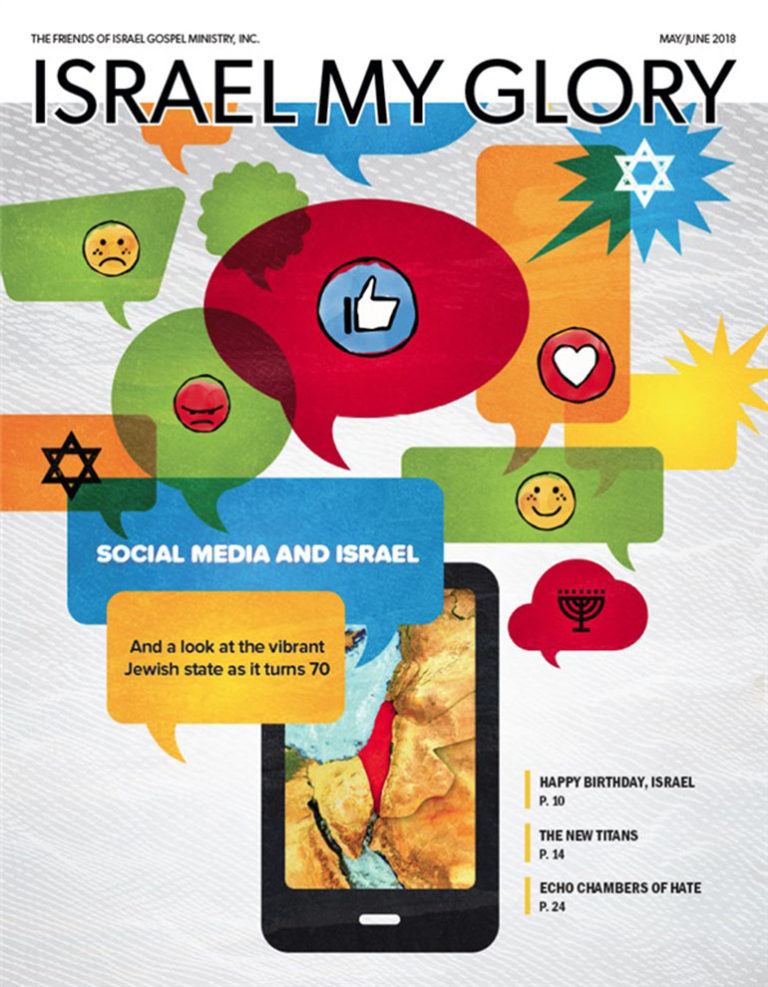 IMG PRINT SUBSCRIPTION
Sign up for your own physical copy of Israel My Glory with an IMG Print Subscription.

Some people say the Bible is inerrant on doctrine and theology but not, for example, on matters of history and science. But such a statement is fallacious. For example, when scientists believed the world was flat, the Bible said it was round (Isa. 40:22). Scientific fact and spiritual truth in Scripture are entwined and inseparable, including Jesus’ virgin birth, incarnation, death on the cross, and resurrection from the dead. A God of truth, who cannot lie, could not and would not authorize error. Doing so would contradict truth.

Thus, if Scripture did not reveal truth about history and the physical world (no matter how major or minor), it could not be trusted at all. God cannot err, and the Scripture that proceeds from Him is the inspired, verbal, infallible Word of God. Therefore, the Bible in its original autographs is inerrant.

Inerrancy Rejected
We expect pseudo Christians to deny inerrancy. But since the first quarter of the 20th century, some evangelical theologians have denied it. Others claim to believe in it but deny the credibility or truth of certain biblical facts, particularly those involving Jesus’ life and ministry. Here are a few of the major objections being circulated today:

Inerrancy could be proven false by finding a provable error in the existing copies of the text. However, that has not happened.

Inerrancy Redefined
In the 20th century, some theologians redefined inerrancy—a trend still with us today. Liberal theologians do not believe the Bible to be the inspired Word of God. They consider the Bible a book like any other, written using history and the traditions of the Israelites to whom it is addressed.

They view Scripture through the grid of human reason and reject biblical inerrancy. But as Giesler said, “If we can’t trust the Bible, we’ve lost the very foundation of our faith.”2 Christianity means nothing without inerrancy.

Modern liberals add higher criticism to their already liberal views. They, too, deny inspiration and inerrancy.

Two great influences against inerrancy were Swiss Reformed theologian Karl Barth (1886–1968) and German Lutheran theologian Rudolf Bultmann (1884–1976). Barth developed the theory of Neo-Orthodoxy. He taught that Scripture is not the revelation of God’s Word but, rather, a witness to God’s Word. Thus fallible men wrote the Bible, and it is not without error.

However, the Bible says it is God-breathed: “All Scripture is given by inspiration of God, and is profitable for doctrine, for reproof, for correction, for instruction in righteousness” (2 Tim. 3:16). It also says, “Prophecy never came by the will of man, but holy men of God spoke as they were moved by the Holy Spirit” (2 Pet. 1:21).

Bultmann, a former criticism leader, dedicated himself to discovering the exact words and events in the Gospel texts. Through “demythologizing” (removing ancient myths from the text and interpreting it into language of the day), he gave theological terms new names and categories that totally distorted the true meaning of God’s Word. Bultmann’s theology lies clearly outside the realm of Christianity and makes no sense at all.

All these redefinitions are based on biased presumptions, faulty evaluations, and defective hermeneutical principles. So the conclusion that the Bible is errant is wrong.

Forty years ago, the attack on the historic doctrine of inerrancy was so invasive that conservative theologians and pastors took action. On October 26–28, 1978, 300 leading evangelicals met at the Hyatt Regency O’Hare in Chicago to craft what became known as the Chicago Statement on Biblical Inerrancy. This statement is one of the most complete definitions on the affirmation of scriptural inerrancy.

When all the evidence is thoroughly analyzed, it leads to the inescapable conclusion that all Scripture is inspired (God-breathed), plenary (wholly inspired), and verbally given as God’s written Word to mankind—infallible, inerrant, and authoritative in the original autographs. Someone said it well: “The Bible—nothing more, nothing less, and nothing else!”

7 thoughts on “Errant or Inerrant? That is the Question.”