The War Against the Jews
(JNS)—The Jewish and non-Jewish political left has wildly denounced U.S. Supreme Court Justice Amy Coney Barrett for accurately identifying the parties to the only dispute in the Middle East that Westerners care about. Barrett said the dispute is between the Palestinians and “the Jews.”

Esquire magazine claimed the only people who think this ridiculous thought are “conservative American Christians whose interest in Israel’s survival is based on anticipating the time in which, some Scripture says, all the Jews will return to Israel, one of the precipitating events leading to the return of Christ and the Final Judgment at the end of the world.”

MSNBC talking head Ayman Mohyeldin complained, “The right-wing in America continues to shape this as a religious conflict to advance their own end-of-time narrative,” calling it “a vehicle for Christians to exploit for their own biblical prophecies.”

These critics have no understanding of Christian Zionists who are not supersessionists—who neither believe that Christianity has replaced Judaism nor that the ingathering of the Jews will lead to the end of the Jews. If you don’t think the dispute between Israel and its neighbors is a war against Jews, then who do you think the parties are?

The left has imaginative answers: It is a dispute, they say, between white people (Israelis) and people of color (Arabs). Never mind that most Israeli Jews are people of color who came to Israel because they were running for their lives from pogroms in Iran, Iraq, Egypt, Yemen, and other Middle Eastern countries where their ancestors had resided for millennia.

Or, they say, it’s between Western colonialists, who showed up in the region for the first time in the last 150 years, and indigenous people whom the Westerners dispossessed. Never mind the continuous Jewish settlements in Israel since before the Roman destruction of the Jews’ second Temple in AD 70; never mind the aforementioned pogroms and their consequences; and never mind that the Arab population grew exponentially in the late 19th and early 20th centuries.

Oddly, no outrage came when Zahra Billoo, a prominent Muslim civil-rights attorney, said she does not support a two-state solution to the Israeli-Palestinian conflict because “Allah has promised us victory.” She warned, “Pay attention to the polite Zionists. The ones that say, ‘Let’s just break bread together.’”

“They are not your friends,” she told American Muslims. Among these haters who must be feared are such “polite Zionists” as the Anti-Defamation League, Jewish Federations, campus Hillels, and “Zionist synagogues.” They are, Billoo said, the people who want to sit down and talk to Israel’s enemies. (They all support a two-state solution, with Arabs in the territories having their own country there.)

If Billoo’s remarks are not enough to prove Coney Barrett was right, one need only read the Hamas Charter. Even the English version states Hamas’s commitment to destroy not only Israel (Article VI) but also to murder Jews (Article VII). Don’t be fooled—that means Jews not only in the streets of Jerusalem or the disputed territories or Tel Aviv but also in the streets of New York, Los Angeles, Southeast Florida, London, and Jewish neighborhoods everywhere that saw attacks in 2021.

Hamas knows exactly whom it is fighting; its declared enemy is not “Israel” but “Jews.”

Justice Coney Barrett did people a favor by speaking plainly to them. Rather than denouncing her, the Mohyeldins of the world should actually listen to the people whose side they claim they’re on: Listen to the Billoos of the world and read the Hamas Charter. Then let’s talk about whether the conflict in the Middle East is a war against the Jews. 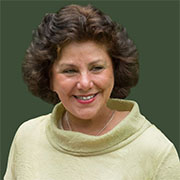 by Lori Lowenthal Marcus
Lori is director of litigation of The Deborah Project, a public-interest law firm that fights anti-Semitism and anti-Zionism in education. 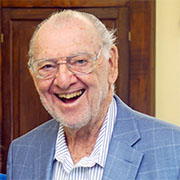 Marvin J. Rosenthal, 86, executive director of The Friends of Israel Gospel Ministry (FOI) from 1973 to 1989, passed into his Savior’s presence on January 8 in Florida after a lifetime of service to the Lord.

A Jewish believer in Christ, Marv was known for his exciting vision, deep faith, gifted preaching and writing, and warm personality. The Lord used him to restructure FOI’s field ministry; add staff and programs; increase the size and influence of Israel My Glory magazine; institute tours to Israel; and move the international headquarters to its present campus in New Jersey, where the one-year Institute of Biblical Studies began.

Our prayers are for his wife, Marbeth; his son, David (married to Ilona); and three grandchildren—all in Florida. “Precious in the sight of the LORD is the death of His saints” (Ps. 116:15).

BBC Ranks Third in World for Anti-Semitism
The British Broadcasting Corporation (BBC) now ranks immediately behind Iran and Hamas on the Simon Wiesenthal Center’s “Global Antisemitism Top Ten List.” Wiesenthal head, Rabbi Marvin Hier, said, “People might assume we would put neo-Nazi groups on our list. But the BBC is there because when a globally recognized organization allows anti-Semitism to creep into its reporting, it makes it all the more insidious and dangerous.” Hier pointed to the network’s reporting of an anti-Semitic attack in London when a group of men made Nazi salutes and yelled “Free Palestine” at a bus filled with Jewish passengers. The BBC falsely reported that a victim on the bus used an anti-Muslim slur. But a tape recording proved it was a Jewish man speaking Hebrew asking for help. The BBC refuses to correct its report.

Jewish Man Kicked Off American Airlines, Sues
A Brooklyn man is suing American Airlines after being thrown off a flight from Miami for failing to put his religious articles on the floor. According to the lawsuit, 71-year-old Roberto Birman and his wife, Elana, were on a flight from Miami to New York in August when a flight attendant pulled Birman’s tallit (prayer shawl) bag from the overhead compartment, tossed it onto Birman’s lap, and told him to stow it under the seat. The bag also contained his prayerbook and phylacteries. When Birman explained the religious items could not be kept on the floor, the attendant screamed at him. “She was screaming at me and pointing her finger,” Roberto told the New York Post. “I couldn’t believe this was happening to me in America.” Elana said the request was like asking a Christian to “throw a cross on the floor.” The Birmans were kicked off the flight; and the plane took off with their checked luggage, which included Roberto’s diabetes medication. The couple received no help from the airline for food or lodging. American Airlines has declined comment.

Tel Aviv: Most Expensive City in World
Tel Aviv now surpasses Paris as the most expensive city in the world, according to the “Worldwide Cost of Living Report” released by the research organization Economist Intelligence Unit. The strength of the shekel attributes to the ranking, along with the increase in cost of goods and services. Paris and Singapore tied for second place. The most expensive American city was New York, which placed sixth, followed by Los Angeles at number nine.

If you’ve been a Christian for many years, you have probably taken communion hundreds of times. In fact, you probably know Jesus’ words...

The Giant: A Preview of Revelation 13?

Giants have always fascinated me. That’s probably why I reacted so quickly when Laura, my administrative assistant, asked me...

When Peace Fills the Earth

People often ask, “Will there ever be peace on Earth?” Yes, there will be when Jesus the Messiah returns...

What started as a family moving from Canaan to Egypt to escape the ravages of a seven-year famine grew over time...

When the Japanese bombed Pearl Harbor on December 7, 1941, the people of the United States were devastated. Official inquiries were opened...

How I Learned I Was Wrong

“Now, the New Covenant, that’s ours. That’s for us as Christians.” I can still hear myself speaking those words to my...