Israel’s Capitulation to Hezbollah
(JNS)—It is almost impossible to grasp the danger of Israel’s present moment.

The Exclusive Economic Zone (EEZ) agreement with Hezbollah-controlled Lebanon will fundamentally alter Israel’s maritime borders; deny the Jewish state tens of billions of dollars, which will go instead to a government controlled by Iran’s Lebanese foreign legion, Hezbollah; and transform Hezbollah and Iran into actors in the eastern Mediterranean.

In 2010, as Israel, Cyprus, Greece, and Egypt rapidly developed the natural gas deposits in the eastern Mediterranean, Israel signed agreements with its neighbors to delineate the boundaries of each state’s EEZ. Since Israel and Lebanon are enemies, Israel did not negotiate with Lebanon.

Lebanon, however, did negotiate an agreement with Cyprus, delineating its maritime waters’ southern boundary. Israel accepted the Lebanese line and submitted its maritime economic zone borders to the United Nations on the basis of the Lebanese/Cypriot agreement and the bilateral agreement it had concluded with Cyprus.

Given that Hezbollah rejects Israel’s right to exist, Hezbollah-controlled Lebanon surprised no one when it immediately objected to Israel’s map, even though it was based on Lebanon’s own demarcation.

Lebanon demanded 854 square kilometers (329.7 square miles) of Mediterranean waters that belong to Israel, along with complete control over the massive Qana natural gas field, much of which extends into Israel’s waters.

Meanwhile, Israel began developing the Karish gas field located in its EEZ. Karish was scheduled to go online in September 2022. But two months earlier, Hezbollah attacked Karish with four drones that were intercepted by the Israel Defense Forces. Rather than retaliate, Israel delayed the start of work; and Biden administration envoy Amos Hochstein swooped into action.

The Biden administration is dead set on giving as much money as possible to Lebanon—with full knowledge that it will go to Hezbollah. Its overarching goal is to realign the United States away from its traditional allies—Israel and the Sunni states—and toward Iran.

During his visit to Israel mere days after Hezbollah’s drone attacks in July, President Joe Biden upped U.S. pressure on Israel to conclude a deal with Lebanon and enable the Hezbollah-controlled Lebanese government to begin raking in billions of dollars in gas revenues from the Qana field. U.S. pressure has only increased since then. The Israeli government caved. Then-Israeli Prime Minister Yair Lapid and his Defense Minister Benny Gantz agreed to give up 100 percent of the disputed waters.

Perhaps the most extraordinary aspect of the deal is that it doesn’t obligate Lebanon. Israel’s deal is with the United States, not Lebanon. And Hezbollah views it as a starting point because Lebanese negotiators suddenly presented a new, even more expansive territorial demand.

Lebanon, they claim, rightfully owns more than the disputed 854 kilometers of Israeli waters, along with large swaths of the Karish gas field. It’s obvious Lebanon will disavow the deal at a time of Hezbollah’s choosing. But Lapid and Gantz brag that they signed a protection deal with Hezbollah in exchange for 854 square kilometers of sovereign Israeli waters.

Astonished, former U.S. Ambassador David Friedman tweeted, “We spent years trying to broker a deal between Israel and Lebanon on the disputed maritime gas fields. Got very close with proposed splits of 55–60% for Lebanon and 45–40% for Israel. No one then imagined 100% to Lebanon and 0% to Israel. Would love to understand how we got here.”

Israeli Prime Minister Benjamin Netanyahu called the deal “illegal.” He is right. Under Israeli law, the government must present all agreements involving the relinquishment of Israeli territory to the Knesset for approval. Lapid and Gantz refused to do so, insisting the agreement is about economic waters, not territory.

If this protection deal with Hezbollah is implemented, it sets not one but multiple precedents that place Israel’s national security and wealth in jeopardy. 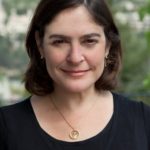