The plight of Europe’s Jews from Hitler through Stalin
One of the earliest non-Jewish references to Israel is the Merneptah Stele, an inscription by the pharaoh Merneptah who reigned from 1213 to 1203 BC in ancient Egypt. It is sometimes referred to as the Israel Stele due to a set of hieroglyphs in line 27 that reads, “Israel is no more.” Even today, that sentiment expresses the desire of God’s enemies to annihilate Israel.

According to this sinful world, Israel should be no more. All the advances in society over thousands of years have done nothing to stem antisemitism, demonstrating instead humanity’s innate capability for extraordinary hatred. Hatred of the Jewish people is unique from other forms of prejudice because it is universal, historically deep-rooted, and permanent.

Mass Killing
The most recent tragic manifestation of this hatred occurred during World War II when Jewish people found themselves caught between the two totalitarian systems of Nazi Germany and the Soviet Union (USSR). When Germany attacked the USSR, executions of Jews began with mass shootings carried out by a special German killing squad called Einsatzgruppen. This brutal force went behind the German military, hunting down Jewish people and murdering them in the conquered territories.

Before the death camps became operational in Poland, millions of Jewish people died in mass shootings. It is estimated that more than 1 million died by shots to the head.

On September 29 and 30, 1941, during Yom Kippur, the Nazis and local Ukrainian collaborators shot dead more than 33,000 Jews and pitched their corpses into a ravine in what has become known as the Babi Yar massacre.

Gaslighting
In 2016, the “Tkuma” Ukrainian Institute for Holocaust Studies in Kyiv, Ukraine, invited me to the 75th anniversary of Babi Yar. During the seminar, I visited the location of the mass shooting. What I saw truly shocked me. The place where thousands of Jewish people were mercilessly executed is now a family park. Children played with their parents on the slope of the ravine where Jewish bodies fell in heaps on top of one another, and young people gathered branches to start a fire and barbecue.

The fact that this mass grave looked like a typical park was not a coincidence. After World War II, the USSR controlled almost all the territories where Jewish people were murdered. Poland, Ukraine, Belarus, and Russia all fell under the Soviet iron fist led by communist antisemite Joseph Stalin, who wanted the world to believe the Soviets suffered the most during the war. So the USSR converted sites of Jewish mass murders into parks, stadiums, or cultural centers.

There was no space for the Jewish people and their tragedy. So the memory of the Holocaust and its atrocities was replaced by the misfortune of the Soviet people. The Babi Yar site is merely one example of how the Soviets transformed a place of great Jewish significance into a park that glorifies the Soviet soldier instead. The Star of David was replaced with the Red Star of the Soviet Union.

Much has changed since 2016, as Ukraine has begun transforming the park into a memorial museum.

Propaganda
After the Bolshevik Revolution in 1917, some Jewish people saw communism as a system that could protect them from hatred and persecution. After all, communism promised to remove the identities of all people groups and nationalities and guarantee equality. In the early years of Stalin’s rule (he ruled from 1922 until his death in 1953), many Jewish people received higher-ranking positions at the People’s Commissariat for Internal Affairs.

Of course, the utopia of communism quickly disappeared as Stalin’s hostility toward the Jewish people turned into national persecution. He promptly removed them from positions of power and blamed them for all the evil in the Soviet Union. In 1948 and 1949, the Russian newspapers began an anti-Jewish propaganda campaign that resembled the libels of Joseph Goebbels, Nazi Germany’s chief anti-Jewish propagandist. People reading Pravda, the official Soviet newspaper in those days, were led to believe only Jewish people steal, take bribes, are indifferent to human suffering, and write evil books.

Many Jews hoped that after the Holocaust, the world would change. But that hope was dashed as antisemitism continued. Today it is growing by leaps and bounds around the world. The Merneptah Stele and the Babi Yar execution are separated by thousands of years, yet they expose the same determination of the fallen world to wipe God’s chosen nation from the face of the earth.

Senseless Hatred
Throughout history, the Jewish people have been objects of hatred in pagan, religious, and secular societies. There is nothing a Jewish person can do to avoid antisemitism.

In this age of increased interest in conspiracy theories, antisemitism, in particular, is flourishing.

In Nazi Germany, Jews were accused of being communists; in the Soviet Union, they were called capitalists. When Jewish people are poor, they are bullied; and if they are rich, they are blamed for injustice. In this age of increased interest in conspiracy theories, antisemitism, in particular, is flourishing. Jews who assimilate are called a “fifth column,” while those who stay together spark hatred for remaining separate.

In Spain and Portugal in the 14th and 15th centuries, Jews who converted to Christianity were called marranos, meaning “pigs” in Spanish. Some of them continued to practice Judaism in secret; but when they were exposed, massive persecution of the converts began.

Many people have tried to understand the root of antisemitism, but only a biblical perspective can reveal the truth. What God loves and has a special plan for, Satan and his kingdom will hate. Asaph wrote of this ancient hatred in Psalm 83: “They have said, ‘Come, and let us cut them off from being a nation, that the name of Israel may be remembered no more’” (v. 4).

But Israel’s enemies cannot undo God’s promise: “To them [the Jewish people] I will give in My house and within My walls a place and a name [Hebrew, Yad Vashem] better than that of sons and daughters; I will give them an everlasting name that shall not be cut off” (Isa. 56:5). In symbolic opposition to the Holocaust, Israel chose Yad Vashem as the name for its official memorial to Holocaust victims.

This humanistic approach, which removed God as central to life and replaced Him with human pride, eventually evolved into the atrocities committed against the Jewish people. Hitler believed the Jews were polluting the German people. He reversed the teaching of the Torah (Five Books of Moses) and set Germany as the chosen nation of the world. The people who claimed through their Torah that they were the chosen nation had to be eliminated.

Israel is hated because it is a physical reminder to this fallen world that God has a plan for humanity. Israel is an essential part of that plan and cannot be eliminated from the picture. Satan knows that as long as Israel exists, God’s plan of renewing humanity and judging the wicked is on track. 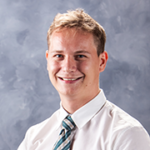 Timothy Rabinek serves with The Friends of Israel Gospel Ministry in Poland. To access his outstanding teaching about biblical and ancient sites through 3-D video models, go to Israel MyChannel on YouTube.

1 thought on “M for Murder”