A look at the madman who tried to Hellenize the Jewish people and destroy Judaism
The pages of history are filled with heroes and villains. Heroes protect people and fight evil, like Winston Churchill who led the people of Great Britain in World War II. Villains destroy people and pursue evil, like Adolf Hitler who exterminated 6 million Jews in the Holocaust.

The Bible records the lives of many heroes, like David who slew Goliath and ruled over Israel righteously, and many villains, like Haman who tried to kill all God’s people in the days of King Ahasuerus.

Because it does not appear in Scripture, the name Antiochus Epiphanes may not ring a bell. Yet he was a true villain who tried to destroy Judaism and the Jewish people, first by assimilation and then by murder, during the intertestamental period. In fact, he was so evil he is considered a type of the Antichrist.

Cooperation
Prior to Antiochus’s reign (175–164 BC), the Jewish people enjoyed good relations with the Greek Empire largely due to Alexander the Great’s benevolence toward them. Even after Alexander’s death and the distribution of his empire among his four generals, the Jews experienced tolerance and freedom.

But Greek settlers moved into Israel, including Jerusalem; and Jewish people spread across the empire, with many residing in Alexandria. Though they were allowed to continue practicing Judaism, elements of Greek culture and philosophy soon took subtle root among them. This change was known as Hellenization, the assimilation of Greek culture by other ethnic groups, especially the Jews.

Alexandria was a significant Jewish center outside Judea and Samaria and a focal point for Hellenization. It was here in the 3rd century BC that the Hebrew Scriptures were translated into Greek, commonly known as the Septuagint (LXX). The Septuagint enabled Greek-speaking Jews to access their sacred writings and gave Greeks access to them in the city’s vast library. Assimilation had a binary effect, influencing both cultures, as the Greeks began to attend synagogues across the empire.

Corruption
For some time, assimilation progressed peacefully; but a shift occurred in the Seleucid empire of Syria during the reign of Antiochus IV, a madman who called himself Epiphanes, meaning “God Manifest.” The Seleucid empire ruled Judea.

Rival Jewish religious leaders fought for power by using financial incentives and cultural assimilation to gain Antiochus’s support. He needed funds to finance his expansionist plans, so he happily agreed to back whoever offered the best deal.

One contender, Jason, brother of the high priest, Onias, bribed Antiochus for his endorsement as high priest using the lure of increased revenue from higher taxes. Jason also offered additional funds to establish a gymnasium and local training group (an ephebate) in Jerusalem to advance Hellenization in the Jewish capital.

Jason demonstrated his affinity for Greek culture when he changed his name from the Hebrew, Joshua, to the Greek, Jason. Antiochus agreed to this arrangement, and the process of Hellenization accelerated. Then came an ironic twist. A Benjamite named Menelaus used bribery to replace Jason as high priest. Acting as Jason’s envoy, Menelaus delivered the promised revenues to Antiochus and secured the office for himself by bribing Antiochus with more money.

Antiochus had no concern for the impact such a change would have on the Jewish population. The switch added to the tensions among Jews concerned about foreign influence on their religion and culture. Menelaus was foreign to this office, not being a member of the priestly Oniad family.

Menelaus’s activities as high priest only increased Jewish resentment against him, but he retained Antiochus’s support because Antiochus valued his loyalty. At that time, Antiochus was leading a campaign against Egypt. When Menelaus failed to deliver the promised revenue, Antiochus called him to account for his failure. While Menelaus was away from Jerusalem, Jason retook the office of high priest, expelling Antiochus’s soldiers.

Many anti-Hellenistic Jews supported Jason despite his previous actions because of the increasing Hellenistic influence Menelaus advanced and his continued siphoning of Temple funds for Antiochus’s expansionist agenda.

Desecration
Antiochus’s military campaign against Egypt came to a humiliating end when Rome demanded he withdraw. Rome was expanding its influence into Egypt and would not tolerate Greek rivals for that region. The humiliation set Antiochus on the warpath against the Jews, earning him a new identity as Antiochus Epimanes, meaning “Antiochus the Mad” or “Maniac.”

Considering Jason’s actions a rebellion against him, he unleashed his fury on Jerusalem when he returned from Egypt. First, he killed Jason, the last of the Zadokite high priests. He also ordered the massacre of about 40,000 Jews and sold a similar number into slavery. But this was merely the beginning. His persecution of the Jewish people knew no limits.

The climax of the attack on Judaism came when Antiochus offered a pig on the pagan altar to Zeus that had been erected in the Jerusalem Temple.

Antiochus installed a Seleucid garrison to control Jerusalem and proceeded to stamp out the Jewish faith using murder and torture. Toward the end of 167 BC, he issued a series of devastating decrees that included forbidding Temple offerings and installing pagan altars and images for people to offer sacrifices of pigs and other unclean animals in the Jewish sanctuary. He also outlawed circumcision and Sabbath observance, and he burned Torah scrolls and forced dietary violations. Disobedience was punishable by death—usually a gruesome one.

The climax of the attack on Judaism came when Antiochus offered a pig on the pagan altar to Zeus that had been erected in the Jerusalem Temple. The desecration foreshadows the future, prophetic “abomination of desolation” associated with the Antichrist (Dan. 11:31; 12:11).

The action provoked courageous resistance from the Jewish people, but Antiochus’s garrison initially crushed it. Under the leadership of Mattathias and his son Judah, the Jewish forces grew strong enough to defeat Antiochus’s army. This victory enabled the rededication and restoration of the Temple, a remarkable moment in Jewish history celebrated annually in the festival of Hanukkah.

Culmination
In the end, Antiochus only succeeded in reinforcing Jewish culture in the heartland of Judaism and short-circuiting the growing influence of assimilation. His violent, brutal suppression of Jewish culture accomplished the opposite of what he had intended.

Had Antiochus succeeded, the core elements of Jewish identity and practice would have been eliminated, not assimilated. Again, God preserved the Jewish people for His purposes.

Elsewhere in the empire, among the Jewish Diaspora, Hellenization continued. Many Jews accepted the loss of circumcision and conformity to Mosaic laws while retaining the essence of their faith. They enjoyed exemption from emperor worship and could pursue their own worship without persecution for an extended season.

Hellenization connected Gentiles (Greeks/Romans) to the Jewish faith, as it assimilated Jewish culture into others to some degree. This process would pave the way for the preaching of the gospel in Jewish synagogues and elsewhere across the empire using the common language, Koine Greek, for both Jews and Gentiles.

Despite man’s attempts to destroy the Jewish people and the culture God established among them, God’s purposes will not be undone. 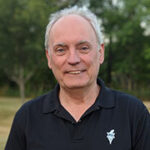 Les Crawford is a Bible teacher and the field director of The Friends of Israel Gospel Ministry in Australia.