Why does antisemitism refuse to die? What evil fuels this illogical, never-ending hatred?
Imagine you’re on your way to Sabbath morning services at your local synagogue. For you, this is a day of tradition. It may mean walking through the same doors your parents and grandparents walked through and reciting the centuries-old prayers and psalms of your people.

But as you arrive, you see them: the protestors. Their weekly presence has become a twisted sort of ritual as they proudly hold signs bearing antisemitic messages like “Jewish Power Corrupts” and “Resist Jewish Power.”

For congregants at a synagogue in Ann Arbor, Michigan, this has been their reality for nearly 20 years. Every Saturday morning since September 2003, members of the anti-Israel group Witness for Peace, led by a Holocaust-denier, have protested outside Congregation Beth Israel.

Marc Susselman, an attorney representing the congregation in a lawsuit against Witness for Peace, told The Detroit Jewish News in 2020, “It is unacceptable for Jews to tolerate being harassed and insulted with respect to their religion and their support for the State of Israel as they approach their place of worship.”

Antisemitism is indeed unacceptable. Yet this evil continues to spread and grow throughout the world. In 2018, French Holocaust survivor Mireille Knoll, 85, was stabbed 11 times and partially burned by two young men, one of whom reportedly said, “She’s a Jew. She must have money.”

The New York Times’ global edition in April 2019 featured a cartoon of a yarmulke-wearing U.S. President Donald Trump being led by a dog on a leash with a Star of David around its neck. The dog’s face caricatured Israeli Prime Minister Benjamin Netanyahu. Times columnist Bret Stephens wrote, “The cartoon checked so many anti-Semitic boxes that the only thing missing was a dollar sign.”

On January 15, 2022, congregants at a Reform synagogue in Colleyville, Texas, were held hostage by a British Pakistani man who complained, “Jews control the world. Jews control the media. Jews control the banks.” Jews, of course, don’t control any of those things; but facts never matter to antisemites.

A few years ago, I went on a Holocaust-education trip to Poland where I visited concentration camps operated by the Nazis during World War II to exterminate the Jewish people. I saw Treblinka, Majdanek, and Auschwitz. Walking by the barbed-wire fences, standing in the gas chambers, and seeing the crematoria that Adolf Hitler used to commit Jewish genocide in the 1940s made these horrific places real in a way no book or documentary ever could.

These camps serve as poignant memorials to the victims of the Holocaust and as macabre reminders of man’s sinful heart. But even more, they demonstrate that there is something more to antisemitism than meets the eye. It is an evil that defies human logic.

In truth, it is a manifestation of Satan’s millennia-long struggle against God and His Chosen People. To understand antisemitism and its aggressive, deadly nature, we must understand the context of this war against God.

The Conflict Begins
Throughout Scripture, God makes it clear that man was intended to exercise dominion over the created order (Gen. 1:28). Sadly, it didn’t take long for man to sin against God, forfeiting to Satan mankind’s right to rule the earth (Jn. 12:31) and resulting in the establishment of Satan’s kingdom.

God, however, promised victory over Satan. A Redeemer would arise, the Seed of the woman, who would crush Satan’s head (Gen. 3:15). From the moment that prophecy was given, Satan has waged a fierce battle against God and His plans for the world.

From Cain’s cold-blooded murder of his righteous brother Abel to allowing demons to intermarry with human women, humanity failed to govern itself properly apart from God. People became so evil and corrupt that God released a global deluge to wipe the earth clean. Everyone on Earth drowned except for eight people: Noah and his family.

Wherever the Jewish people have settled, persecution has followed.

Noah found grace in God’s eyes. Through this righteous man, God would repopulate the earth; and through Noah’s son Shem, He would bring the Redeemer (Gen. 9:26).

Thus, Satan marked Shem’s line for persecution. So virulent would his attacks be that hatred of Shem’s descendants through Abraham, Isaac, and Jacob eventually became known as antisemitism.

Apostasy and the Seed of Blessing
Noah’s descendants multiplied, both in number and in wickedness. They defied God’s command to spread out and fill the earth; and, armed with a unified language, they apostatized rapidly, building both a godless culture and a tower on the plains of Shinar that symbolized their rejection of God.

Refusing to allow this apostasy to spread, God confused their language and scattered them around the globe. In the midst of these godless, idolatrous nations, God determined to create a new nation to be a witness for the one, true God (Isa. 43:10). For the task, He selected an unassuming idol-worshiper from Ur, a Shemite named Abram.

God made a covenant with Abram, whom He later renamed Abraham, promising him a land, seed, and blessing. Furthermore, He promised to bless those who blessed Abraham’s descendants and curse those who cursed them. Through this one man, the nations of the earth would be blessed (Gen. 12:1–3).

God gave the land of Canaan to Abraham, blessed him, and made his name great. At age 100, Abraham and his wife, Sarah, aged 90, welcomed their miracle son, Isaac. Isaac and his wife bore Jacob, whom God later renamed Israel. Of Israel’s 12 sons, it would be through Judah that the Redeemer would come (49:10).

Though Abraham had other children, God gave His promise to Isaac and Israel (17:19; 35:10–12). Today we call it the Abrahamic Covenant. It is unconditional and eternal and guarantees land, nationhood, and blessing.

Out of Egypt, Into Covenant
Israel’s family eventually moved to Egypt, where God protected them through Israel’s son Joseph, whom He elevated to prominence. Eventually, Joseph died; and a new pharaoh arose who feared the Israelites because they had grown into a multitude.

This pharaoh trafficked in antisemitism. He forced the Israelites into hard labor and ordered the murder of all newborn males. So, God raised up Moses, whom He used to liberate the nation for His glory. In the desert at Mount Sinai, God met with Moses, giving him and his people the Law, known as the Mosaic Covenant (Ex. 19).

Since this was to be the nation through which the true knowledge of God and the Redeemer would come, it must be a holy nation, a kingdom of priests (v. 6). The Law was intended to keep Israel separate from the pagans so that it could be a people separated to God for His purposes. This covenant was conditional.

So serious was it that, while obedience to it would result in untold blessings, disobedience would result in cursing and chastening. The most devastating of these curses was God’s promise to scatter His Chosen People to the four corners of the earth, where nations would persecute them mercilessly (Dt. 28:6–68).

Scattered
Much of Israel’s history throbs with sadness. The Israelites repeatedly committed spiritual adultery with the gods of the nations, often synthesizing their worship of Yahweh with that of foreign deities.

True to His covenant, God allowed His people to endure antisemitism and captivity because of their sin. From 740 to 722 BC, the Assyrians took the 10 northern tribes of Israel captive. Between 605 and 586 BC, the Babylonians took the tribes of Judah and Benjamin captive. In both cases, the oppression was brutal.

An ultimate and thorough scattering occurred following the nation’s rejection of its Messiah. Just as Jesus had prophesied, the Temple and Jerusalem were destroyed in AD 70, and the Jewish people were dispersed throughout the world (Mt. 24:2).

Yet, God, in His covenant love for Israel, promised them He would be a sanctuary in their dispersion, never allowing them to be entirely destroyed (Jer. 31:35–37; Ezek. 11:16).

Wherever the Jewish people have settled, persecution has followed. Expulsions, torture, pogroms, and genocide fill the pages of Jewish history. Much to the church’s shame, the bulk of Jewish persecution has come at the hands of professing Christians who erroneously viewed antisemitism as a just punishment for Israel’s rejection of Jesus.

Based on that logic, believers in Jesus should be free of persecution. But that is far from the case, since one in seven believers around the world suffers persecution for his or her faith.

So, how should Christians understand antisemitism?

A Biblical Understanding
First, we must understand that antisemitism is a manifestation of Satan’s conflict with God. Satan knows his time is short; and he is doing all he can to keep God’s immutable plans from coming to pass, including the fulfillment of His covenant promises to Israel (Rev. 12:13–17).

Second, the prevalence of antisemitism is evidence not of God’s hatred for His people but of His love for them (Prov. 3:11–12). This concept may seem counterintuitive, particularly to Jewish victims of antisemitism. But it is true. The purpose for Israel’s dispersion and persecution is not to punish God’s people but, rather, to chasten them, leading to their repentance (Dt. 30:1–3).

Third, though God allows antisemitism and uses it for His purposes, Christians must never boast or speak against the Jewish people (Rom. 11:18). God promised to bless those who bless them and curse those who curse them (Gen. 12:3; Mt. 25:31–46). As believers, our hearts should reflect the Lord’s heart (Rom. 10:1). In other words, the church should be Israel’s best friend.

Until that day, we can expect acts of antisemitism, such as those Beth Israel faces, to escalate. As believers, we should obey Jesus’ admonition, taken from the Torah: “Love the LORD your God with all your heart, with all your soul, with all your strength, and with all your mind” and, Jesus added, “your neighbor as yourself” (Lk. 10:27). That includes loving the Jewish people.

Editor’s Note: With this article, we begin a new column on antisemitism by Ty Perry that will run in each issue of Israel My Glory. 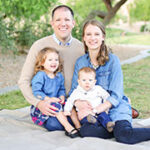 3 thoughts on “The Never-Ending Hatred”

Cameron Joyner
Share Your Story. Has God used The Friends of Israel Gospel Ministry in your life? Share your story with us!