A look at the shifting theological landscape, with pointers on how to preserve biblical truth

As a child, I loved to play with silly putty. I would make putty pancakes and press them onto newspapers so the words would appear on the putty. Then I’d remove the putty and stretch and reshape it until the transferred image was almost unrecognizable. Words took on a new shape and meaning.

Puttyology is a term I use to describe the current shifting, reshaping, and redefining of biblical truth and doctrine within contemporary religious studies. Many doctrines are being reformulated, including justification by faith, God’s retributive judgment, the eternal destiny of unbelievers, Christ’s substitutionary atonement, the nature of the church and Israel, prophecy, and the nature and interpretation of Scripture.

The Fog of Postmodernism
Many recent theological challenges have evolved from postmodern theories of interpretation, language, and culture. Postmodernism,* a movement that began in the late 20th century, promotes relativism and pluralism and, in doing so, denies our ability to know absolute truth.

Postmodernists argue all knowledge is provisional and all truth claims have equal standing. They believe our cultural lenses and presuppositions distort our ability to interpret reality accurately. Therefore, truth becomes subjective and based on our personal perspectives, passions, and experiences. What one person considers truth, another may consider fiction. Consequently, it’s easy to see how Postmodernism would erode the Bible’s standing as the authoritative, absolutely truthful Word of God.

Postmodernism also insists all knowledge is shaped and constructed by one’s culture; therefore everyone is limited by subjective, linguistic-cultural forces—even the authors of Scripture.

Postmodernists view the knowledge of truth as a composite of emotions and values embedded in a community and hold openness, tolerance, and dialogue as the loftiest of virtues needed to understand these embedded communal truths.

Christian postmodernists often describe language as broken, slippery, and unable to express God’s infinite greatness and timeless, cultureless universal truths. They often ask, “How can finite language express the infinite?” and argue that the frailty of human language, which is a product of our culture, limits our thoughts. Since language then becomes a mere reference to cultural, linguistic descriptions, they deny a direct correspondence between God’s revelation and the Bible.

Postmodernists deny that Scripture presents untainted truth about reality and instead argue it presents only what its authors perceived to be real and true. They allow for multiple meanings and continually revised interpretations of passages based on the reader’s perspective. Doctrine is important and true only to the extent that it facilitates community.

These theories separate God’s revelation from Scripture, thus reducing doctrine to merely a human author’s distorted view, rather than God’s revelation of His eternal truth, and reducing the Bible to nothing more than an inspired narrative of believing communities working out their faith from their own human, culturally limited perspectives. Scripture becomes a story of Christ’s revelation, rather than revelation itself.

This view creates a mystical, communal, and neo-orthodox approach to interpreting the Bible and knowing God; it denies a fixed, objective interpretation. Theology and doctrine become an endless dialogue between Scripture, Christian tradition, and culture.

Such errant thinking has opened the door to reshaping key biblical doctrines—especially concerning prophecy—and redefining such biblical terms as inerrancy, Israel, and the church.

Clinging to the Knowability and Authority of Scripture
Denying Scripture’s self-witness regarding its nature and knowability often reduces any objective knowledge of doctrine or “the faith” to an expression of personal faith. Believers should allow Scripture to speak for itself and then use it to critique culture and language.

The Bible provides a basic framework of universal truths that entail both doctrinal orthodoxy (correct belief) and orthopraxy (godly conduct). The New Testament authors used various terms to refer to this framework.

The term traditions means truth handed down from the apostles or apostolic delegates (2 Th. 2:15). Sound doctrine denotes a fixed body of doctrine—an unchanging, orthodox confession of faith believers must preserve against heresy. The apostle Paul reminded Timothy to guard the “sound words” (2 Tim. 1:13–14) and “sound doctrine” (4:3), which he referred to as “the truth” (v. 4).

New Testament writers often referred to this doctrinal framework as “the faith.” The use of the article the before faith emphasizes it is an objective body of knowable truth. Jude reminded his readers “to contend earnestly for the faith which was once for all delivered to the saints” and identified “the faith” with the words of the New Testament apostles (Jude 3, 17, 20).

This objective body of truth is so knowable, definable, and preservable that it can withstand any amount of challenge and can even adjudicate angelic messengers or Paul himself (Gal. 1:6–24).

Paul commended the Roman believers because they had “obeyed from the heart that form of doctrine to which [they] were delivered” (Rom. 6:17), and he stressed the fact the teaching of God’s Word formed the believers. The Greek word for “form” is typos, which connotes the sense of a pattern or mold.

Correcting the Course
The following correctives can help us preserve biblical and theological truths against redefinition: 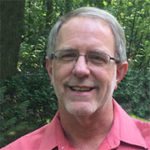 David Mappes is an assistant professor of New Testament at Liberty University, an adjunct professor of theology at Baptist Bible Seminary, and the director of Noble and Knowable Truth Ministries.