Stories from the War—Asher Yuval

[Israeli journalist Elliot Jager conducted this interview with Asher Yuval. Yuval is chief executive officer of Methoda, a Tel Aviv-based company specializing in methodologies, software engineering, and information management. He also writes a weekly Bible commentary aimed at scholars and is an expert on rabbinic literature known as Midrash.] 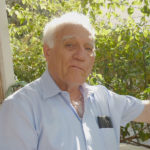 The day the war broke out, my unit of reservists had already been mobilized for three weeks. Those weeks came to be known as the “waiting period.” I was in Reserve Battalion 161 of the Jerusalem Brigade (Hativa) under Lt. Col. Asher Dreizin. War came when the Jordanians launched an attack on no-man’s-land with the aim of capturing UN headquarters [the Hill of Evil Counsel, believed to be where Judas Iscariot met with the Pharisees to betray Jesus].

The war started on Monday, June 5, at 8 a.m.. Around the same time, Jordanian artillery bombarded Jerusalem. They seemed to know their targets well. They struck our camp in Katamon, as well as other IDF [Israel Defense Forces] compounds, such as Schneller [military headquarters of the Jerusalem Brigade in western Jerusalem].

Our assignment was to block the Jordanian advance [toward the Hill of Evil Counsel]—;which we did. We then moved into nearby Sur Baher [on Jerusalem’s southeastern outskirts]. From there, we headed to Beit Sahour in the Bethlehem area and held our positions.

Like many of my comrades, I was then a student. I had been drafted in 1964 and received basic training before being assigned to a reserve unit as part of my academic studies at the Hebrew University. The approach was that we’d attend university and train once a week. My first summer in the army, I took a company commander’s course; and the second summer, a noncommissioned officers course. So by 1967, I was a sergeant major.

We were fortunate during the war because we had air supremacy. When Jordanian reinforcements tried to make their way toward Jerusalem across the Jordan Valley from Jericho, our air force decimated their columns.

I have a vivid memory of the bravery of one particular Jordanian tank commander in the battle for the ridge. His head was visible outside the turret. We tried to take out his tank with an antitank rocket. When that didn’t stop him, we called in an air strike—to no avail. He kept shelling us until he ran out of ammunition. Then, under cover of darkness, he led his men on foot back to Jordan. He was a real fighter. I suppose that if pressed, [I would say] one lesson of 1967 is the importance of striking first. It is just the opposite of Isaiah 26:20, which was the approach taken for so long by Diaspora Jews: “Hide thyself…for a little moment until the indignation be overpast.”But the idea of drawing “lessons” doesn’t speak to me. I am left with a sense that events are being driven by grand forces.

Actually, the entire Zionist enterprise was mashuga [Yiddish for “crazy”] . Theodor Herzl [founder of political Zionism in 1897] was mad—by which I mean ridiculously impractical. And yet…Even the decision to declare Israeli independence [on May 15, 1948] came only with six of the 10 members of the provisional government present supporting it. It is all so bizarre.

In 1933, an ultra-Orthodox rabbi, Isaac Breuer [1883–1946], came to Palestine from Germany on a pilgrimage. He returned to Europe astonished. He went to one after another of his fellow Agudah [Orthodox movement] rabbis who, like him, were vehemently opposed to political Zionism. And grudgingly, shockingly, he told them that whatever contemporary political Zionism’s spiritual flaws, the Land of Israel was, in fact, awakening!

(He told them that) Instead of complaining about political Zionism, [they should] bring 100,000 people and create an ultra-Orthodox adaptation of Zionism. Do it! And besides, there are already some ultra-Orthodox Jews in Palestine who are working the land, and they need help. And, moreover, it was time to escape Europe. They didn’t want to listen.

To this day, I feel we are living through an historic epoch. So there is no “lesson.” Everything is awesome. “The heavens are the heavens of the LORD ; But the earth hath He given to the children of men” [Ps. 115:16]. That is the answer. The Holy One, blessed be His name, does not interfere with individual choice.

But if you press me for a lesson of the war, it is that we Israeli Jews need to strive for common values. If unity is ephemeral—then let’s think in terms of common values. We need to bring together the observant and nonobservant Jews. There was a day when everyone [in Israel]—from secular to Orthodox—knew their Bible. Granted, there is somewhat of a renaissance in Jewish literacy today. Not enough.

Take observing Shabbat. “Remember the Sabbath day, to keep it holy” (Exodus 20:8)… I am proud to be a religious Zionist. I think our way is the right way. More rooted.

And let me point out, in the post-1967 era, anyone can tour the Land of Israel. [Judea, Samaria and Jerusalem’s Old City were barred to Jews from 1948 to 1967.] You can visit Rachel’s Tomb and Hebron and Gush Etzion… For myself, I become emotional when I travel our country because here [in Judea and Samaria] is where the Bible happened.